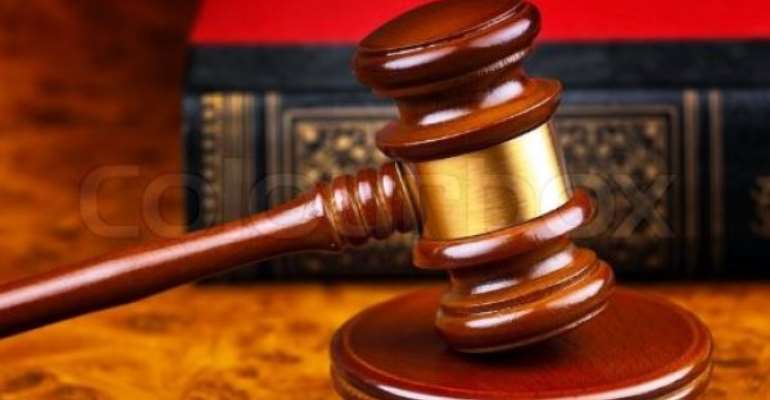 An Accra Circuit Court has remanded ten herdsmen into police custody for allegedly stealing cattle belonging to the complainants.

All the accused persons, except Osman denied conspiring to rob the complainants of their cattle.

The other accomplices are at large.

The accused would make their next appearance on August 11, 2020.

Mr Jafaru Ali, counsel for the accused pleaded with the Court to grant his clients' bail as it was not certain when the police would complete the investigations.

He also told the Court that Osman did not answer the Court when it was taking his plea because he was not mentally sound.

Meanwhile, the Court ordered that Osman be mentally examined as his counsel informed the court that he was mentally challenged.

Prosecuting, Assistant Superintendent of Police (ASP) Emmanuel Nyamekye told the Court presided over by Madam Evelyn Asamoah that the accused are between 20 and 49 years.

He said the complainants are Mr Zakariah Cobbina, businessman as well as farmer, Mr Emmanuel Afful, alias Kojo Akoto is a farmer and Mr Yakubu Usman is a herdsman.

ASP Nyamekye said the accused are herdsmen at Anopa Nsu, Kobina Andoh and Bonsu Oku, all villages near Gomoa Ojobi and Kweikrom in the Central Region.

He said on May 31, 2020, at about 2200 hours the accused, together with the others on the run went to Osman, the third complainant's house and found him sleeping by the kraal of Mr Cobbina, his employer.

He said they asked of the where about of one Munkaila Ganiu, a witness in the case with the intent to attack him but they did not meet him.

Prosecution said they rather pounced on Osman, assaulted him and later robbed him of 60 cattle belonging to Mr Cobbina whilst they tied Mr Cobbina with a belt and jute ropes.

He said they took the cattle away, where they shared them among their kraals and that later Amidu, Illiasu, Seidu, Agyiri and Haruna inflicted cutlass wounds on Mr Afful, one of the complainants at Fankyeneko.

The prosecution said Amidu, Illiasu, Seidu, Agyiri, Haruna and Dallamin as well as those at large marched Mr Afful and his family including Isaac Afful, Efua Maanan and Cynthia Afful, all witnesses in the case, to the house of Osman and locked them up together with Osman and his family.

ASP Nyamekye said a good Samaritan after discovering the act informed one Ganiu, and together rushed Mr Cobbina and Mr Afful to the Ojobi Clinic and later to the Trauma and Specialist Hospital, Winneba, for treatment.

He said a complaint was later lodged leading to the arrest of Amidu, Yakubu, Illiasu, Seidu, Agyiri and Salifu, whilst the others are on the run.