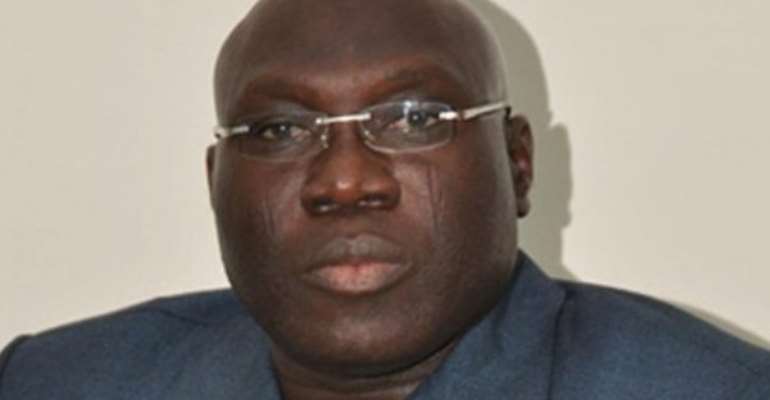 Mr Inusah Fuseini, the Member of Parliament for Tamale Central, has suggested that the nation introduce measures to hold public officers accountable for assets acquired while in public office.

He said the non-conformity to that should attract heavy sanctions, especially the asset declaration regime.

Mr Fuseini, Ranking Member on the Committee on Constitutional, Legal and Parliamentary Affairs, was contributing in support of a motion for the Second Reading of the Public Officers Bill, moved by Ms Gloria Akuffo, the Attorney-General and Minister of Justice, on Tuesday in Parliament.

He called for punitive sanctions against public officers who flout the mandatory provisions of the law adding that the laws must be punitive enough to deter people from flouting it.

“Mr Speaker, something must be done if we intend to keep to our commitment under the UN Convention against Corruption and the African Union Convention on Preventing and Combating Corruption and ensure that the resources of state go into areas for which it was intended to go,” he added.

Mr Fuseini called on the House to adopt the report and pass the Conduct of Public Officers Bill, 2018 in accordance with Article 106 of the 1992 Constitution.

Moving the motion, Ms Akuffo said the Bill was to strengthen the current legal framework governing the conduct of public officers and to repeal the Public Officers Act, 1962 (Act 114) and the Public Office Holders (Declaration of Assets and Disqualification) Act, 1998 (Act 550).

Ms Akuffo explained that the Bill gave effect to Chapter 24 of the 1992 Constitution, which domesticates the United Nations Convention against Corruption and the African Union Convention on Preventing and Combating Corruption.

These conventions were ratified by Parliament on December 14, 2005.

In pursuance of a legal framework to govern the conduct of public officers, pieces of legislation have been enacted by the Parliament of Ghana.

She said the laws were scattered in a number of regulations and the provisions had been found to be inadequate to deal with public office accountability.

The existing law has been found to be lacking sufficient deterrence towards the agenda of zero tolerance governing public office holders.

Ms Akuffo noted that those concerns prompted the Government to commence consultative processes in 2005 towards the enactment of a law to strengthen the current legal regime, which culminated in drafting the Conduct of Public Officers Bill, 2018 and laying of same in Parliament for passage.

The Bill contains 68 clauses and various provisions, which relates to qualification for holding public office, the asset declaration regime, code of conduct for public officers, conflict of interest and the enforcement arrangement.

Mr Ben Abdallah Banda, the Chairman of the Committee on Constitutional, Legal and Parliamentary Affairs, supporting the motion, said the Bill was scrutinised within the context of Chapter 24 of the 1992 Constitution, the United Nations Convention against Corruption and the African Union Convention on Preventing and Combating Corruption.

He said its passage would fill the existing gap in the country's anti-corruption legal framework.