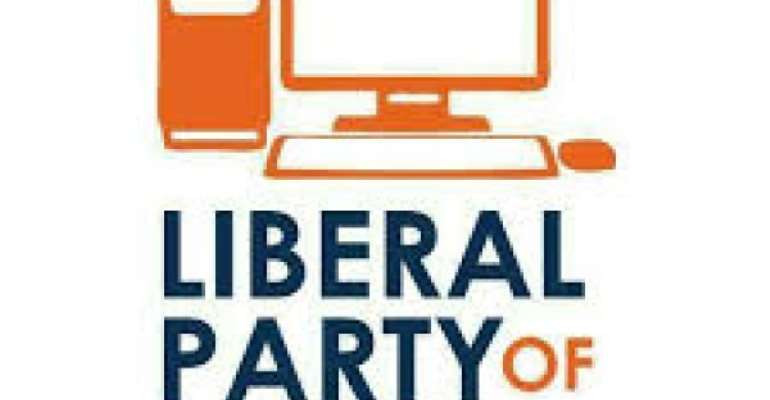 The Liberal Party of Ghana (LPG) has condemned certain utterances made by some leading members of the opposition National Democratic Congress (NDC) which denigrate and threaten officers of the various national security institutions.

In a press release copied to the Ghana News Agency, it indicated that, “Such outbursts are needless and inimical to our fragile peace and infant democracy”.

The release signed by Mr Samuel Owusu Afriyie, National Communications Director of the LPG, stated that it was very unfortunate that Mr Elvis Afriyie Ankrah and Mr Sammy Gyamfi, Director of Elections and National Communication Officer respectively, of the NDC, publicly issued threats to security officers of the state because they were dissatisfied with their professional conduct.

The LPG noted that threatening security agents would not solve the problem but rather worsen the situation.

“If indeed the adage that tells us that 'to be fore warned, is to be for armed' holds true, then do you think that those officers who have been threatened would allow power to change hands as per Sammy Gyamfi's anticipation? Discretion has always been the better side of valour, therefore diplomacy and tact must be adhered to in situations like this”.

The party stressed that it was the duty of stakeholders to ensure that the country's security agencies operated professionally without fear or favour, indicating that to this end, political parties and politicians should desist from influencing the recruitment and enlistment of personnel into the various security services of the state.

“We have witnessed some politicians blatantly boasting of getting some party members, relatives, and cronies recruited into the security services. They consider it as an achievement and try to make political gains out of it”.

Both the New Patriotic Party (NPP) and the NDC they stated, were guilty parties to the politicization of state security agencies, adding that ironically, the same people afterwards take turns to complain and play victims to unfair treatment by the Police Service when they find themselves in opposition.

The LPG insisted that no political party or politician should be given protocol slots in the recruitment or enlistment process of the various security services whether directly or covertly.

“All qualified Ghanaians who are willing to serve their country must be offered an equal opportunity on the bases of merit but not on ethnic or political lines”.

According to the statement, to ensure the neutrality of the services, the future LPG government shall ensure the amendment of the 1992 Constitution of Ghana to allow the various security councils to appoint their highest officers without the influence of government.

The Liberal Party of Ghana added that the Kofi Akpaloo led government had outlined in its 20 core campaign policies that it would “overhaul the Ghana Police Service to become an honest and professional organization that actually serves and protects all Ghanaians”.

The party added however called on government, the hierarchy of the Ghana Police Service and Ghana Armed Forces to look into the concerns raise by the NDC as well as expedite actions to ensure that justice would be administered where needed stressing that selective justice was a recipe for social disorder.

‘Sputnik-V procurement contract must be re-examined’ – Kwaku...
32 minutes ago

Getting Sputnik-V vaccines from black market using middlemen...
32 minutes ago