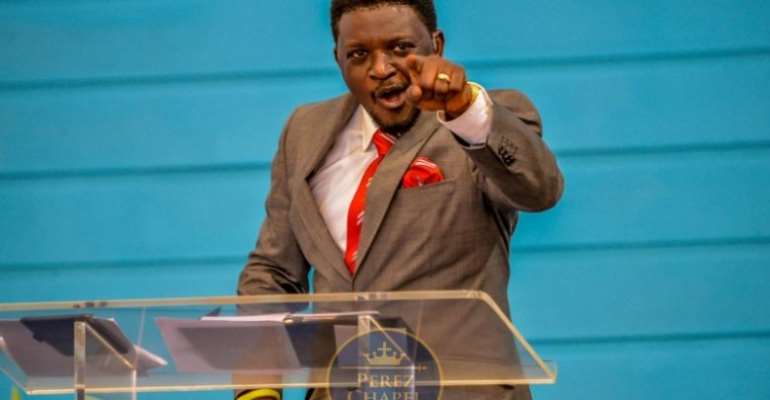 The Members of the Dagbon Forum have vehemently condemned the ethnocentric and insensitive tribal comments by Bishop Charles Agyin Asare of Perez Chapel, which suggest that some Ewes were targeted and gruesomely murdered during the tragic events of Konkomba-Dagomba conflict in the 1990s.

According to the group, they are highly appalled by a video recording making the rounds on social media in which Bishop Agyin Asare was seen making such false and unsubstantiated statement.

A statement issued in Tamale and signed by Dr Sulemana Abudulai, National President of the Dagbon Forum condemned in no uncertain terms, the Bishop’s attempt to take Ghanaians back to those unfortunate days in history.

"There is absolutely no grain of truth that people were attacked on the basis of being Ewes. At no point during that dark period did Dagombas attack or kill Ewes in Tamale," it said.

The statement said in that period of uncertainty and insecurity, the conflict did not involve any other tribes or groups beyond the Dagombas and their Konkomba brothers and sisters.

The Dagbon Forum statement described the content of the video as "malicious, vicious, wicked and total fabrication" from a supposed respected Minister of the Gospel.

Bishop Charles Agyin Asare was heard in the viral video as saying "I left Tamale during Konkomba- Nanumba war. It spilled over into Tamale because Nanumbas, Mamprusis and Dagombas come from one father; and if you touch one you touch all. Some people rumoured in Tamale that Rawlings was supporting the Konkombas and so in Tamale the rumour was that the Ewes had sided with Konkombas. So they started attacking Ewes. They killed two Ewes and put their heads on sticks, and paraded the streets of Tamale".

According to the group, it is not their style to attack any personality but it was equally prudent to correct the dire impression being created by Bishop Agyin Asare.

His comments, the group said, had the tendency to create enmity between Ewes and Dagombas who had lived peacefully together over the years.

"Ewe, Ashanti, Fanti, Ga, and other southern groups have lived with Dagombas for centuries amicably and made huge investments in social and economic development. There has never been any hostilities between these peoples and Dagombas. In fact, a key source of Dagbon history is the seminal work of Forster Tamakloe, an Ewe man, entitled, ‘A brief history of the Dagbamba People’. This well researched book emerged from years of spending his working life in Dagbon during the colonial era," the statement added.

It said: "One of the Tamale Senior Secondary School Dormitories is named after Mr Forster Tamakloe (Ewe) for his contribution towards the development of Dagbon".

The statement said although it was a difficult time for everyone during the conflict, there is no iota of truth that Ewes were targeted for attack.

The group passionately appealed to all Ewes across the world to disregard the false publication by Bishop Charles Agyin Asare and join all Dagombas to condemn the content of the video in no uncertain terms.