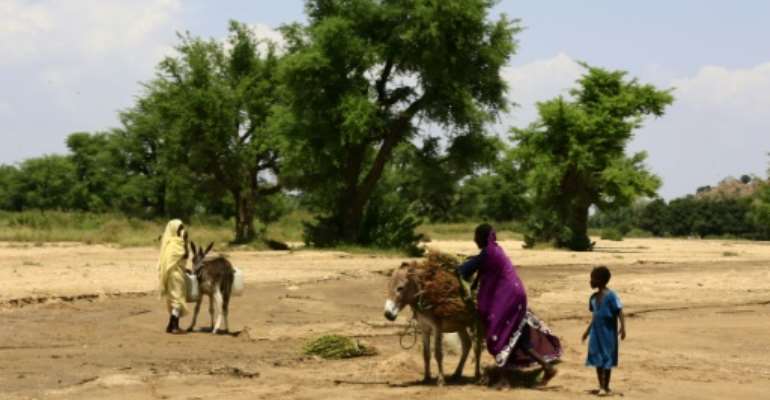 Sudanese villagers pictured last year in Darfur, following their return home after more than a decade of being displaced by violence. By ASHRAF SHAZLY (AFP/File)

It threatens to derail Khartoum's renewed efforts to stabilise a harsh, drought-plagued region with a history of violence between mainly Arab nomadic herders and settled ethnic minority farmers over scarce land and water resources.

The latest attack, though smaller in scale, evoked dark memories of the wave of bloody violence that shook Darfur under Bashir's rule, leading to international charges of war crimes and genocide.

The attackers looted and torched houses and also set fires in the local market, said the UN Office for the Coordination of Humanitarian Affairs (OCHA). 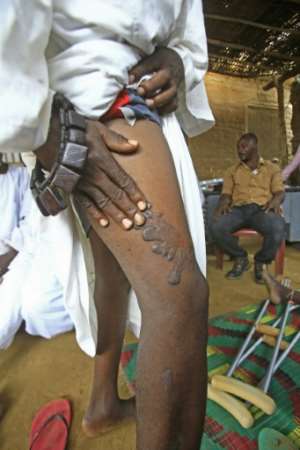 A Sudanese resident pictured last year in a displaced people's camp in Darfur, where ethnic African rebels took up arms, alleging racial discrimination. Khartoum then unleashed the Janjaweed, a militia of mostly Arab raiding nomads, on them. By ASHRAF SHAZLY (AFP/File)

The men killed more than 60 people, including eight women, mostly from the Masalit ethnic group, leaving behind corpses amid the charred remains of livestock and smouldering ruins of houses.

"The attack by 500 armed men in pick-up trucks on a large village in the state of West Darfur requires real organisation," argued Marc Lavergne, a Sudan expert at the French National Center for Scientific Research.

"It's a message. The objective is to destabilise the country and show others abroad that the administration in Khartoum is only in control of the capital." 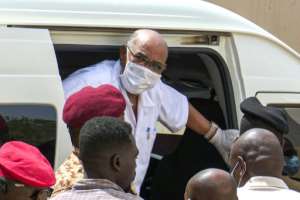 Ethnically diverse Sudan was rocked by nationwide pro-democracy protests from December 2018 against Bashir, leading to his ouster by the army in April last year.

A new transitional administration of mainly civilian but also military leaders has taken charge and is launching reforms to move Sudan into a more democratic post-Bashir era.

The ousted strongman is now on trial for the Islamist-backed coup that brought him to power three decades earlier.

Khartoum has also pledged to cooperate with the International Criminal Court which wants to try Bashir on war crimes and genocide charges related to Darfur.

Following an uprising by ethnic minority rebels in 2003, his Arab-dominated regime unleashed the feared Janjaweed militia, mainly recruited from Arab pastoralist tribes, on villages suspected of supporting the rebels.

Human rights groups have accused Bashir's government of conducting ethnic cleansing campaigns in Darfur and using rape as a weapon. 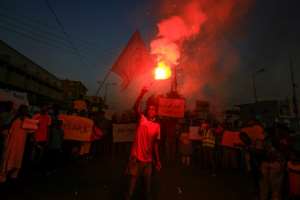 Protesters in Khartoum on July 4 rally in solidarity with people in parts of Darfur province following recent incidents of killings and looting there. By ASHRAF SHAZLY (AFP/File)

Sporadic violence continued in the region but eased after Bashir's ouster.

The new government and a coalition of nine rebel groups, including factions from the Darfur region, signed a preliminary peace deal in January.

The hope is to ease tensions and old animosities between the Arab livestock herders and the sedentary ethnic minority farmers.

Many civilians displaced by fighting in past years have recently started to return to their lands in readiness for the July-November sowing season.

Analysts believe the resurgence of violence now is related to Bashir's overthrow, which has left militias formerly backed by his regime fighting to regain their dominance.

"The new wave of violence in Darfur is linked to the fall of Omar al-Bashir's regime which had for years supplied the militias with weapons, allowed them to confiscate land and even levy taxes on farmers," said writer and Darfur expert Abdallah Adam Khater.

Since the strongman's fall, "the farmers have refused to pay taxes or allow the militias to continue to occupy their lands, from which they had been forced to flee," he told AFP.

Lavergne said the armed groups now believe they face a fight for their existence, leading them to employ "force and terror".

"The situation has spiralled out of control," he said.

OCHA's Khartoum office said Saturday's attack "was one of the latest of a series of security incidents reported over the last week that left several villages and houses burned, markets and shops looted, and infrastructure damaged".

Khartoum is trying to prevent an escalation.

The latest outbreak of violence prompted the post-Bashir government to dispatch troops to areas where "disturbances have occurred," Interior Minister Altraifi Idriss said.

Khater hailed this as a "good decision."

"It shows the people of Darfur that the new government is concerned about their security, unlike the way it was under Bashir."