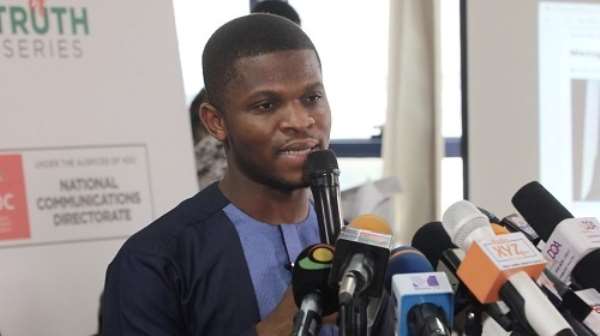 We join other Ghanaians in wondering whether the vituperative utterances from Sammy Gyamfi in recent times were authorized by the flagbearer of the National Democratic Congress (NDC) or even elders of the party if the latter have not become dormant anyway.

Not hearing the flagbearer distancing himself from the threats to the military and police the way his boy did adds to our befuddlement.

The Gordian knot was unknotted a few days ago when Elvis Afriyie-Ankrah of Brazil infamy joined the fray as he endorsed the reprehensible words of Sammy Gyamfi. He spoke about the Olive Green uniform although not directly mentioning the colour of the fatigue as belonging to the state. It was as if Ghanaians do not know that soldiers and cops are serving the state, their uniforms provided from taxpayers' contribution.

Both Elvis and Sammy have maintained a sustained fire on the Ghana Armed Forces and the Police, with their fire control orders, of course, coming from the former President's command desk.

Now that the conclusion is that both are doing the flagbearer's bidding, we can state that the objective of the NDC is to have the military and police politicized.

“We shall deal with soldiers and police officers who do the bidding of the President” is how they put it in unison.

Soldiers and police officers are required to work for the state and since the President and Commander-in-Chief is responsible for maintaining law and order through the military and the police, we cannot fathom where the security agencies have erred.

If stopping Togolese and other non-Ghanaians from partaking in our electoral process as they did under an NDC government is what has incensed the political grouping so be it.

Our Armed Forces and Police are professionals who would not kowtow to empty threats of corrupt persons like Elvis whose Brazil baggage would forever remain a smelly entry in his CV.

Desperation has done a lot of things in the ranks of the NDC, this latest imbecility being the latest entry. Only persons suffering a cognitive ailment would threaten a country's military and police with a purge in the unlikely event of their party winning the forthcoming polls. Bunkum!

Pressing such a self-destruct button in this manner speaks volumes about the state of degeneration the NDC finds itself in.

Is Elvis Afriyie-Ankrah and Sammy Gyamfi duo saying that when NDC thugs descend on registration centres to disrupt the exercise police officers and soldiers should fold their arms and look elsewhere?

Elvis has no moral right to warn soldiers and police officers to stop his thugs from behaving as though there is no law in this country. Those at the helm are even charitable otherwise this guy should be languishing in jail by now after he was caught pants down in the Brazil 2014 scandal but left off the hook by his own people.

As regards Sammy Gyamfi, his boyish exuberance is born out of excitement about his office. When maturity dawns on him, he would regret the imbecility he continues to spew on the political plane even as NDC elders watch as though they are under a spell unable to call him to order.