Small Businesses Soldier On Under The Weight Of Coronavirus 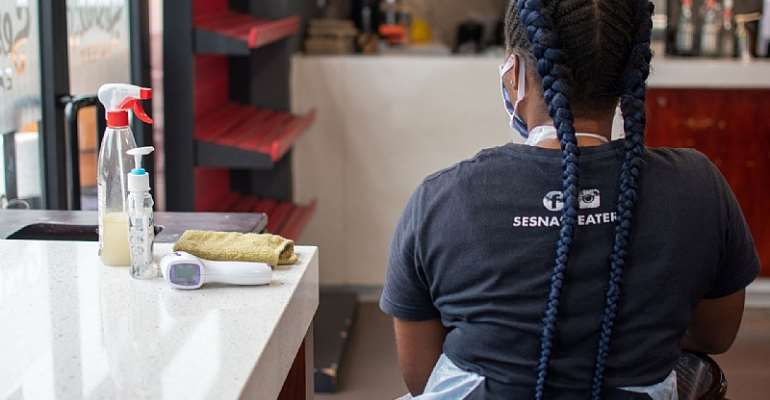 Small businesses remain the hardest hit by the novel coronavirus pandemic. Restrictions implemented to contain the spread of the disease conspired to reduce patronage of these enterprises and wilted their income streams.

Though we have seen a gradual lifting of these restrictions, it will take time for things to return to pre-pandemic levels. The President on Sunday, July 26, in what he referred to as phase two of easing restrictions, said some drinking spots, eateries and tourist centres could return to full capacity.

While this offers some relief for the affected businesses, many others remain unsure what the latest update from the president means for their livelihoods.

At the Stanford Bridge Pub in Teshie, only one foundation remains for Gibson Yeboah, its owner – hope. His roadside spot, once vibrant, giving life and colour to the small suburb, has been closed since March. The villain sitting on his happiness, of course, the novel coronavirus.

In the wake of the pandemic, social distancing has saved lives. The lack of it has undoubtedly led to needless deaths. It will take many months for us to really gauge the cost of our actions and inactions as a collective.

But whilst the idea of social distancing has a net positive effect on all of society, it has become a tight rope for many small business owners, especially those whose bread and butter rely on gregarious intimacy in relatively confined spaces.

Ghana has gone through various phases since the virus touched base in March. First, there was a ban on gatherings of all kinds. Then a lockdown of major economic hubs; Accra, Tema and Kumasi (along with Kasoa) followed. Restrictions were subsequently eased gradually. As phase two of easing the restrictions kicks in, quite alarmingly, the new normal looks eerily similar to the pre-pandemic one.

Probe further though and you find that various cash registers have seen fewer cedi notes since the virus started. 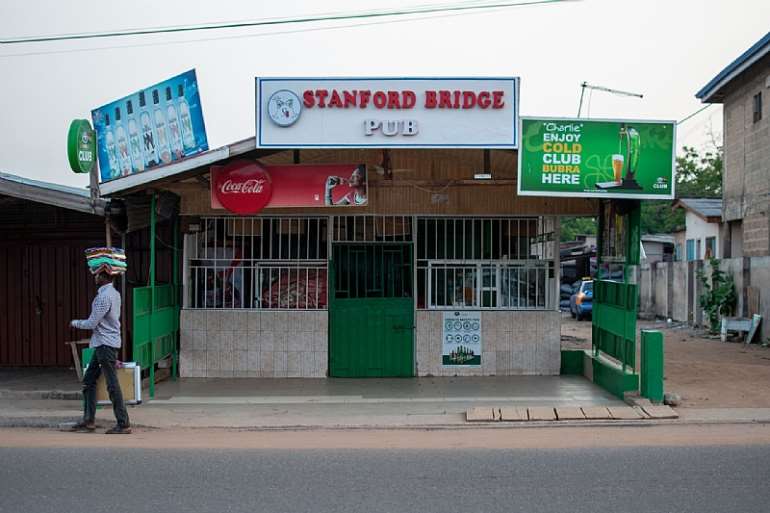 For Gibson, his spot has seen close to zero activity since a ban on gatherings in pubs generally remains active. And whilst this ban is being flouted by many business owners, Gibson wishes to remain law-abiding.

“We don't want to open because It brings so many challenges. You can see some other spots. They have opened backdoor and are operating. If we try to do the same, immediately the police will come around.”

Some other businesses have been able to open but to minimal effect. Consider the Tusker grooming saloon at Adabraka. Before the virus, clients who stepped into the shop were greeted with the cool welcome of airconditioned air. Tony Commey, who has been working as a barber for almost six years, now seemingly has to watch his expenditure.

But it is not like there will be that many customers complaining. The threat of the virus has seen to that. Things have been very difficult for him but he is “managing small, small.”

Before the lockdown had come into effect, the worst had started manifesting for Tony.

“People were afraid to come around and so on,” he recalled. He eventually had to close shop during the three-week lockdown of Accra. The preceding lifting of restrictions brought little respite.

It is a similar story for Paa Kwesi Ahenkorah Ofori, who has been running the Sesna’s eatery since February 2019. He was gearing up for his first-anniversary celebration in March; just when things took a turn for the worse in Ghana and the first local cases were reported.

“Just before they got reported, sales drastically dropped. People stopped coming out,” he recalled.

At that point, he was fearing the worst for his young business. “We even had to shut down before the President's directive.”

To continue operations, especially with a module that relied on fresh ingredients from farms and the like for freshly baked treats, would be unsustainable. 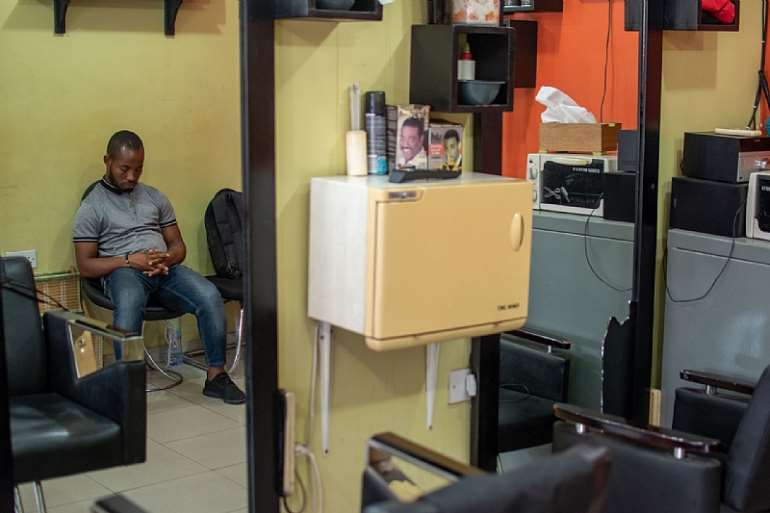 Unsustainable is probably the word going through Tony's head at the moment. His fortunes have dwindled drastically and he hopes some semblance of normalcy returns by the end of 2020.

Before the virus hit, on the average Monday, “I could cut seven people a day,” Tony noted. He charges at least GHS20 per haircut for adults.

“But as we went on the lockdown and came back, in a day, I am not cutting more than one person or two.”

On the Monday he is speaking, Tony says he had cut just one person's hair after starting work at 9 am.

Businesses' demand and supply chains have been greatly affected by the pandemic. Back at Teshie, Gibson admits that he still makes some sales to loyal customers as long as they are able to provide a bottle.

His customers are always asking: “When are we going to get them bubra to drink?” The problem is his bestseller, Bubra, ie Club Beer, is no longer being, supplied to them.

“With the pub, one of the biggest-selling products is Bubra and with this lockdown, we don't get the supply anymore.”

Gibson's luck may be that his business, managed by his wife, isn't his only source of income. He has a job at the Ghana Ports and Harbours Authority. That doesn't mean he doesn't wish for life to return to his business.

And he is ready to “observe all protocols” unlike other sections of society that have reopened with a brazen disregard for any protocols.

“We feel we are not being treated fairly because if you have given others the chance to observe social distancing and go about their business, why can we also do it?” he asks. 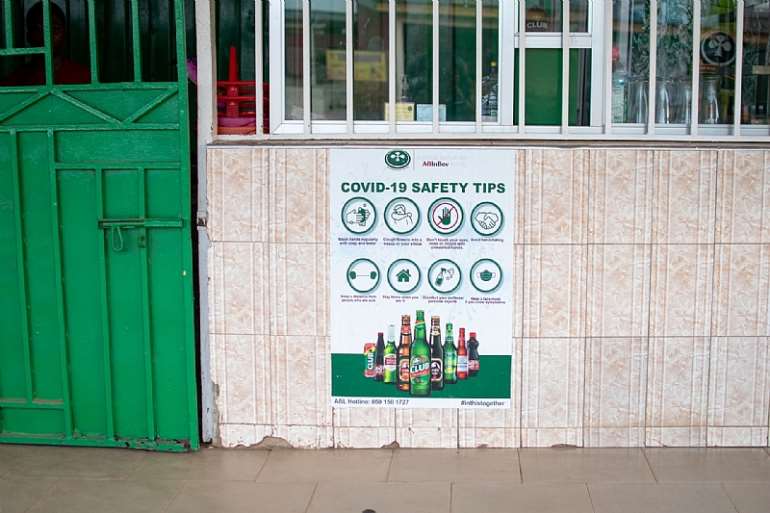 An educational poster greets persons who got Gibson Yeboah’s pub

Tony has no other substantial income source to cushion him. He had even not heard about government interventions for small businesses.

This has meant some compromise on his part.

Despite face masks being mandatory and a “no face mask, no entry” sign at his entrance, turning away what little business he gets really isn't an option.

“Because work is slow, if the person is not wearing a face mask, you can't sack the person because you need the person to give you that money.”

But he points to his veronica bucket and sanitiser supply as a reasonable safeguard.

“I am not putting myself at risk but because of the measures we have put over here. I will allow the person to wash their hands when they enter.”

There is no word like compromise in the lexicon of Sesna’s and its operations. The eatery returned to operations on June 1 with a trimmed down menu, lighter working hours and relatively aggressive enforcement of safety protocols.

For example, parties of more than three persons have to eat outside. This is in addition to some of the basic public advisories. No precaution is too cumbersome given the circumstances. “It is a matter of safety,” Paa Kwesi stresses. 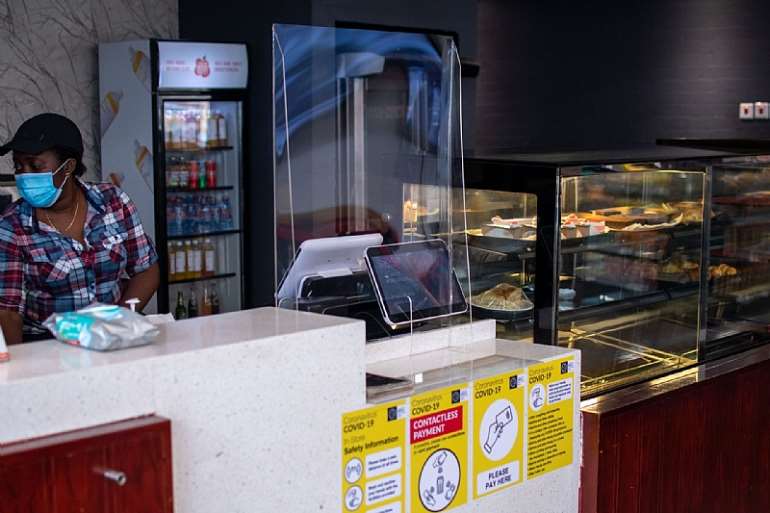 And like many businesses around the globe, he has had to deal with persons who come in without face masks. The first thing he does is prompt the individual throwing caution to the wind. If unsuccessful, Paa Kwesi says he and his staff just refuse to offer any service.

“If you still walk to me [without a mask] I won't mind you. I won't talk to you. That is what we are doing here. We are not focusing on the money but safety precautions.”

This is perhaps because he feels lucky to still be running a business after the devastating economic slowdown.

“In a way, it [business] has been okay. I wouldn't say it is bad because we were expecting it to go down the drain because of our location.”

His clientele consists of mostly middle-class workers who had stopped going to work or were working from home.

Sesna’s took to the challenge of the virus by adapting a little; opting for more deliveries and developing “ready to bake pastries for people to bake at home.” The eatery even provided snacks for security personnel at barriers during the lockdown of Accra.

It remains unclear if their application for government support will bear any fruit. Paa Kwesi says there has been no feedback from the state.

With no vaccine for the virus in sight, planning for the new normal seems like the best bet, Paa Kwesi advises.

“It has come to stay. All we have to do is put in measures to try and avoid it.”

More Article
Modern Ghana Links
Jonas Gwangwa embodied South Africa's struggle for a national culture
The approved covid-19 vaccines: Series of clinical trials is the way to go in Ghana
Why wait till I am no more?
South African minister's COVID-19 death unites friends and rivals in tribute
The copy ‘Cat is out of the Bag’!
South African scientists who discovered new COVID-19 variant share what they know
Why healthy food and its local production should be part of the COVID-19 response
How African body markings were used to construct the idea of race in colonial Brazil
South Africa's immunisation record risks being dented by anti-vaccination views
Election Reports Quotes Dossiers
TOP STORIES