Jane Naana Sounded Like A Poet – Of NPP-USA Chairperson 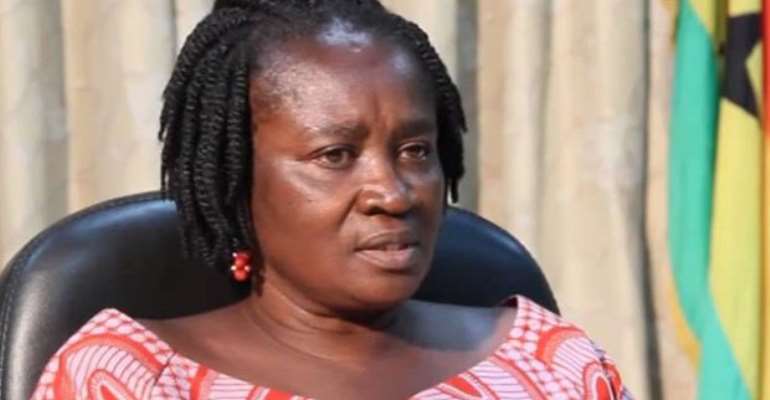 Chairperson of the New Patriotic Party(NPP)-USA, Obaa Yaa Frempong says the opposition NDC running mate sounded like a poet in her speech at her outdooring yesterday Monday

Obaa Yaa in an interview on Anopa Kasapa on Kasapa 102.5 FM said obviously there won’t be any takeaway for Ghanaians who sat through to listen to the NDC’s running mate.

“I can tell you for a fact that nobody will even remember what the woman said in terms of policy direction of the NDC,” Obaa Yaa told host Bonohene Baffuor Awuah.

Meanwhile, John Mahama has said he is convinced that with Opoku-Agyemang’s “zeal for service and her unquestionable integrity, she will greatly impact the development focus of our activities as a party and when we come into government.”

“She has already began her policy briefings as incoming Vice President, ready and willing to work hard for Ghanaians,” Mahama said amid applause from NDC members present.

The academic repute formally mounted the campaign platform last night after being outdoored by the Flagbearer as his running mate.

The party held a ceremony at University of Professional Studies (UPSA) to officially outdoor Prof. Opoku-Agyemang as running mate for the December 2020 Presidential elections.

Assin North : This is pure criminality, I foresee the state...
5 minutes ago