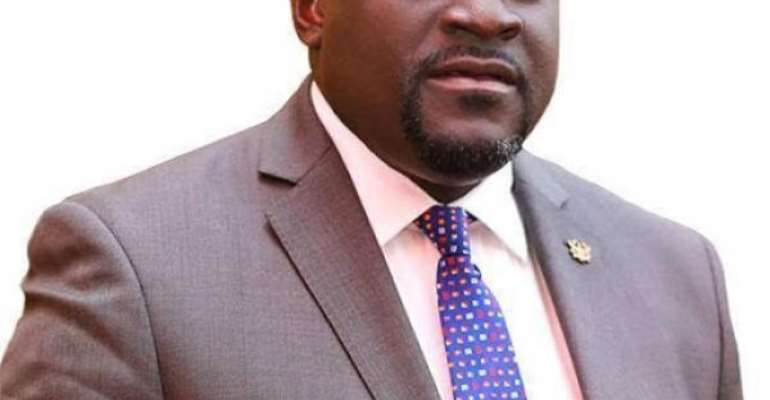 Dr Mark Assibey-Yeboah, Chairman, Finance Committee of Parliament, says despite challenges posed by the COVID-19 pandemic, Ghana is projected to have a positive economic growth of 0.9 per cent this year.

He said but for the pandemic, the New Patriotic Party (NPP) government was on the trajectory to grow the economy by 6.8 per cent in 2020.

Dr Assibey-Yeboah was moving the motion to debate the approval of the Mid-Year Review of the Budget Statement and Economic Policy of Government and Supplementary Estimates for the 2020 Financial Year.

He explained the country was likely to experience lower revenues and shortfalls in domestic direct and indirect taxes as well as custom taxes estimated at GH¢4.2 billion as a result of the pandemic.

Dr Assibey-Yeboah acknowledged that there was likely to be shortfalls in petroleum rent and non-tax revenues estimated at GH¢5 billion and GH¢3.9 billion respectively, whiles increase in expenditures to contain the pandemic is estimated at GH¢11.7 billion.

“Mr Speaker, on all fronts, be it growth performance, price development, fiscal performance, all of them have been consistently better than what we met in 2016 and we were on course to deliver again in 2020.

He said to ensure no irreversibility and to avoid election year slippages, Finance Minister Ken Ofori-Atta sponsored the Fiscal Responsibility Law, where the overall fiscal balance shall not exceed five per cent of GDP.

Mr Isaac Adongo, Member of Parliament (MP) for Bolga Central, insisted that the country's public debt as at June, 2020 stood at GH¢262 billion and not the GH¢258 billion sum presented to the House by the Finance Minister.

He argued that data published by the Bank of Ghana (BoG) gave the total public debt of GH¢258 billion with a total domestic component of GH¢122 billion consistent with the Minister figure but strikingly different was the GH¢14.3 billion meant for the financial sector clean-up.

He, however, stated that the Finance Minister informed the House that GH¢18.6 billion had been spent on the Banking Sector clean-up.

According to him, comparing the Minister's figure with that of the BoG, showed that an amount of GH¢4.3 billion of the public debt had not been accounted for.

Dr Anthony Akoto Osei, Minister of Monitoring and Evaluation, however stood up on the point of order to challenge the assertion by Mr Adongo, saying that the claim by the MP was untrue and that the Finance Minister's presentation was consistent with the BoG figures.