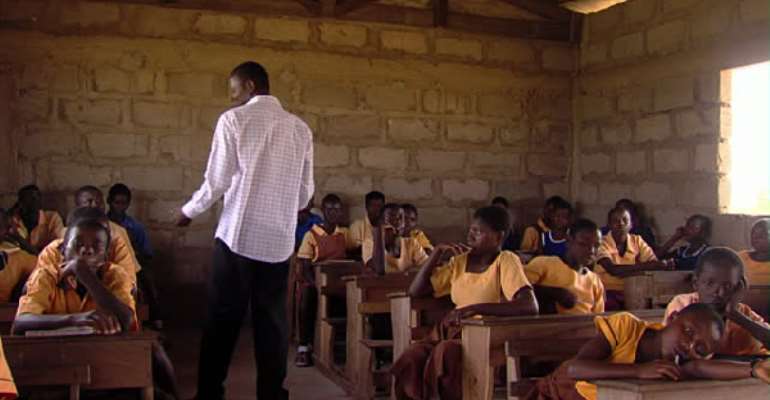 Teachers may be the next biggest clients of Ghana’s local automotive industry as the National Association of Graduate Teachers has begun considering plans to enter arrangements to purchase locally assembled vehicles for their members.

This will be a major boost to the fledgeling industry with a huge membership and guaranteed incomes on the teacher front.

The Ashanti Regional Chairman of NAGRAT Francis Yaw Owusu made the disclosures when the Union gave out 55 vehicles on a five year credit scheme for teachers in Kumasi.

He explained: “We know VW has begun production and other plants are also coming and we have the intention of sitting with them to see if they can produce cars to suit our situation so that we can spread payments and if a bank can also come in to finance it for us.”

Pointing to the vehicles on display Mr Yaw Owusu indicated, “These are used cars even though they are in good condition but they can never be compared with a brand new one so if we are able to secure brand new ones for teachers, I think it will be better.

The vehicles that were given out to the teachers included Toyota Yaris, Corolla, RAV 4 SUVs and Honda CRVs.

Government in the early 2000s introduced a number of incentives including waving import duties on vehicles for Teachers, Nurses and other government officials returning from special foreign missions to allow them own vehicles with engines not exceeding 2000 cubic capacities

This was scrapped in the year 2014 but the teacher Unions want such wavers restored and their teacher maintenance allowances paid religiously to encourage them to patronize vehicles to support their work.

Some of the teachers who spoke to reporter Ivan Heathcote – Fumador reiterated the need for such interventions that will enhance the essential work of teachers while appreciating commercial value for the economy.

“We are paying high for these cars so I will wish that the government also comes to our aid and bring back the waver so that at least we can have moderate prices and moderate cars to buy,” A teacher Kwabena Nketia beckoned .

A circuit supervisor with the Asokwa Municipal Education office, told Ultimate Business, “Most teachers don’t stay near where they teach so getting a car helps in our movement and government should support us with the vehicle allowances “

Ghana’s ambitious drive to be a local vehicle assembling hub on the continent saw is bright sails when Volkswagen released its first six brands of vehicles assembled in the country.

Toyota and Nissan are also working on a tight schedule to unveil vehicles from their local plants before the end of this year.

Government has already ordered that state institutions purchase their fleet from these local manufacturers as part of Ghana’s auto manufacturing development policy.

Teacher Unions are gradually carving a niche in the economy considering their huge numbers, guarantee of payments and upfront deductions from the Controller and Accountant General’s Department.

NAGRAT will by the end of this year enter into real estate to provide housing for teachers desirous of investing into landed assets.

Conflict 'behind us', Ivory Coast's Ouattara says after gree...
49 minutes ago