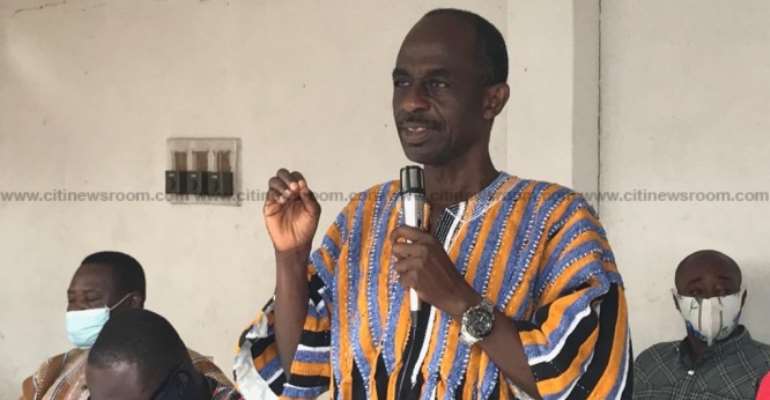 The General Secretary of the opposition National Democratic Congress (NDC), Johnson Asiedu Nketia is urging members of the party to unite and rally behind the leadership of the party to ensure their victory in the 2020 polls.

According to him, the NDC will only be able to secure victory if they close their ranks and forge forward in unity.

Delivering an address at the official ceremony to outdoor the party’s running mate, Prof. Naana Jane Opoku-Agyemang, at the University of Professional Studies, Accra (UPSA), Asiedu Nketia said all members of the party must commit themselves to work hard towards the party’s return to power.

“If we are united and determined to make a change in our circumstances, it shall be. But we cannot win an election with a divided front. I’ll like to urge everybody who wants to see a change to let us close our ranks,” he advised.

Asiedu Nketia said while there may be some persons who will not agree with some decisions taken by the party in recent times, it will be important to still rally behind the party’s efforts.

“It is our duty to close our ranks, rally around our leadership and make sure that the mission of rescuing Ghana is accomplished. This is the time for party members to collectively take ownership of the future John Mahama government,” he added.

The NDC is seeking to return to political power in the December 2020 polls after being voted out in 2016.

In 2016, John Mahama, then the incumbent, lost the election to the New Patriotic Party’s Nana Akufo-Addo.

President Akufo-Addo is seeking a second-term extension of his mandate with the same running mate, Vice President Dr. Mahamudu Bawumia.

John Mahama, who lost power with Kwesi Amissah Arthur as his Vice President at the time, earlier in July named Prof. Naana Jane Opoku-Agyemang, a former University Vice-Chancellor and Education Minister in the NDC government as his running mate into the 2020 polls.

She was appointed in 2013 by President John Mahama after the 2012 Ghanaian general election and served until January 2017 when the Nana Addo Dankwa Akufo-Addo administration was elected to power.

She is a member of the National Democratic Congress.