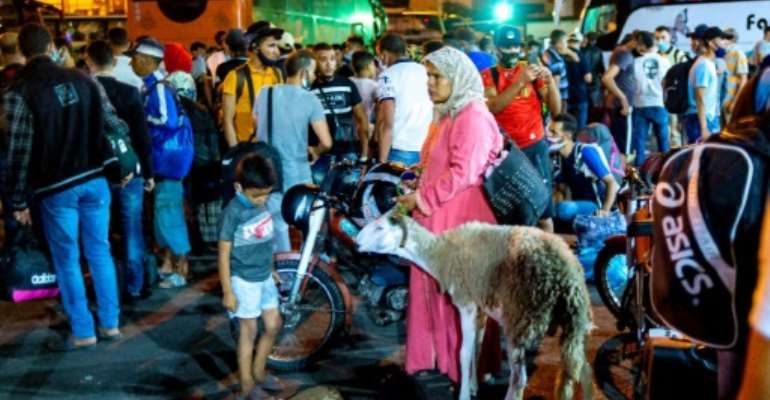 The measures shutting off all entry and exit to the cities, which together account for more than half of Morocco's population, were announced on Sunday, just five hours before they came into effect at midnight (2300GMT).

A joint statement from the interior and health ministries said the new restrictions applied until further notice to economic capital Casablanca and tourist capital Marrakesh as well as port city and second economic hub Tangiers, along with Fez, Tetouan, Meknes, Berrechid and Settat.

Local media reported that there were several road accidents after the announcement, adding there were still traffic jams on the Marrakesh-Ouarzazate mountain route on Monday morning due to the high volume of traffic.

There was mayhem as people converged on Casablanca's main bus station on Sunday evening, while the train station in nearby Mohammedia was still crowded on Monday, AFP correspondents said.

Authorities announced the restrictions after a "considerable rise" in novel coronavirus cases just days before the Muslim Eid al-Adha holiday, when families traditionally come together.

The North African country registered record numbers of new daily infections over the weekend, with 811 cases on Saturday and 633 on Sunday.

The total number of cases in the kingdom reached 20,887 on Monday, including 316 deaths.

The decision was made "in view of the majority of citizens failing to comply with preventive measures" of social distancing and mask-wearing, the statement said.

Earlier this month, authorities had announced an easing of some restrictions imposed in March, with steps to encourage domestic tourism and facilitate travel over the Eid al-Adha holiday.