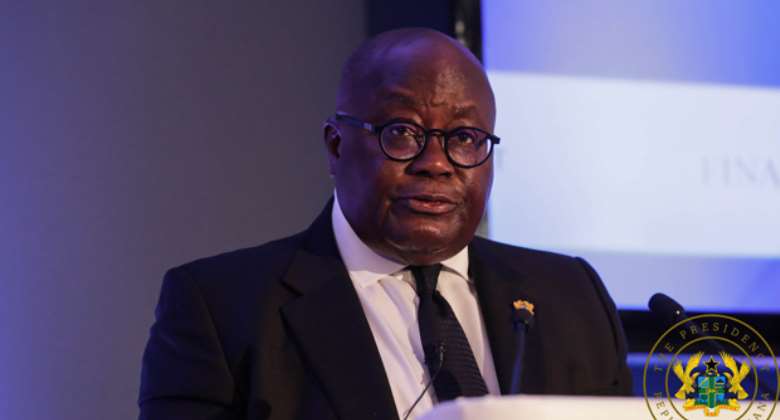 From the Holy land of Larabanga in the Savannah region, I send you a hearty greetings. Mr. President, ahead of your sixth visit to the Savannah region since you ascended to the highest office of the land, let me seize this golden opportunity to warmly welcome you to your Savannah region. I refer to Savannah region as your region because it was your political will and commitment that made the almost a century dream of the people of Gonjaland having an administrative region within their demarcated land a reality. In 2008, you promised us that should you win the elections, you were to activate the part of the constitution of Ghana that behoves on a president in the creation of a region. We never believed you because of the soothing words of our kinsman( John Dramani Mahama) who was nominated a running mate to the flagbearer of the NDC in the 2008 elections. We were deceived to believe that when he becomes the vice president, as a son of the land, he will use his good office to push forward the ages long dream of his own people having a region on their own. We much believed in him because of how vociferous and concerned he was regarding the creation of the Savannah region when he was the member of parliament for the Bole constituency from 2004 to 2008. Truth be told, we almost lost hope in the fight for having our own region since our own kinsman who we had hope will deliver it for us deliberately refused when he was in the helm of affairs for good eight years because of his personal political ambitions. He simply didn't want to lose votes from some tribes in Northern Ghana who will see him as one favouring his own people. With the alacrity and avidity with which you responded to the petition by the Chiefs and people of Gonjaland illustrated that should you have won the 2008 elections, Savannah region would have been about a decade and some years old now with the necessary departmental offices built. Mr. President, you are indeed a covenant keeping president. First time in the era of the fourth republic the part of constitution on the creation of a region has been evoked and successfully implemented and we were lucky to be part of it. The king of Gonja kingdom, Sulemana Tuntumba Boresa Jakapa I was apt and right in giving you the chieftaincy title " Yenawurawura", to wit, " a person who act on his promises".

Confessedly, your becoming a president has invalidated our wrong belief that it is only a man from the same geographical location or tribe with you that is a true brother and one that can help you. We must confess that we are impressed with your unceasing desire and effort to develop Savannah region. The swift manner you are putting up the various regional departmental offices is comforting. The office complex of the Regional Cordinating Council and the staff bungalows of workers of regional cordinating council in Damongo is almost complete and the regional office of the Ghana Education Service in Damongo is ongoing. The regional office of the Ministry of Food and Agriculture(MOFA) in Bole, the regional office of the Ghana Health Service in Daboya and the regional office of roads and highways in Salaga are progressing steadily. Mr. President, a little bird told me that as part of your activities, you shall cut a sod for the the almighty Damongo water project. Wow! So finally, the people of Damongo and its environs will have water flow through their taps and the derogatory tag " Nchu man wuta"( There is no water) on the people of Damongo and all Gonja will be no more? From what I heard, it will be a massive project and all communities in the West Gonja Municipal shall water flowing their homes. We will be relieved of the hustles and bustles of searching for water. Your usual statement that it is not only the person that who comes from the same parents with you that is your brother now rings bell in our ears. We were with false belief that it is only the person we hail from the same geographical location or come from the same tribe with that would be supportive to usand come to our aid. We must admit that we appreciate how you are working your fingers to the bone to develop our newly born region. I have also heard that on 27th July, 2020, you shall turn on the taps of Yapei and water shall flow in the taps and homes of Yapei. That is splendid. The chief and people of of Yapei will be thrilled that you walked your talk. It was on 3rd September, 2016 that you made the promise before the chief of Yapei and you have nailed it. Also, the Salaga water project is almost complete and they will also have potable water to drink. For small water projects and boreholes, there are countless of them you have executed in the region.

Evidently, another area you are doing well in our region is road construction. You are indeed opening up our region with your numerous road projects. There are currently 33 road projects going on simultaneously including bridges and four critical road projects. We are happy with the 747km of roads you are currently working on making up about 22% of the road network in the Savannah region. It has never happened before in the history of Ghana that a government is tackling about 22% of of road network at a go in a particular region. Some of the road projects your government is undertaking in the Savannah region are as follows.

13) Rehabilitation of selected roads in the Damongo town

15) Construction of brand new bridges over the Black and white Volta rivers to replace the old ones built in the mid 60s that have outlived their life span.

Aside this, sixty(60) road projects are at various levels of procurement and you have awarded contract for the construction of the Daboya bridge. From all indications, your love for Savannah region and Gonjaland is immeasurable. It is indeed true that some friends are better than brothers. You have won our hearts in thousandfold. You have indeed demonstrated that you are a truthful person who will not say words in vain. You name shall be written in gold in the history of our region. You are a true adopted son of Ndewura Jakpa. For your works, we have come to the realisation that the choice for voting for a political leader should not be premised on the geographical location or tribal affiliation of an individual but the merits and capabilities of the person. Truly, you deserve another four years.