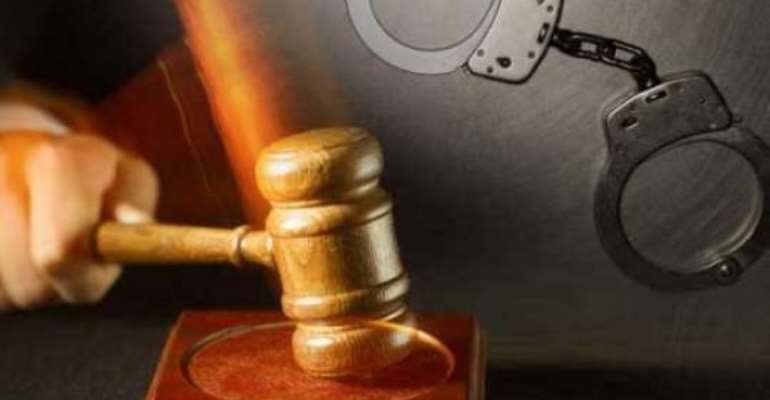 Gideon Ocansey, a 42-year-old driver has been arraigned before an Accra Circuit Court for allegedly defiling a five year old girl at Teshie.

Ocansey who was without any legal representation was admitted to bail in the sum of GH¢60,000.00 with three sureties, one of the sureties is to be justified with a landed property worth GH¢60,000.00.

The court further ordered that the valuation report on the property should be deposited at the Court's Registry.

The court presided over by Mrs. Christina Cann also ordered Ocansey to stay 50 meters away from the victim.

The matter has been adjourned to August 11 for Case Management Conference.

Prosecuting, Deputy Superintendent of Police (DSP) Agnes Boafo said the complainant is the father of the victim, who is also a nursery one pupil.

DSP Boafo said Ocansey resides in the same house with the complainant and his family.

She said in the morning of July 18, this year, the victim's mother attended a funeral in her neighborhood leaving behind the victim and her two elder brothers.

The prosecution said in the evening on the same day, at about 1730 hours, the mother whilst bathing the victim she started crying saying she was “feeling burning sensation” in her vagina.

Prosecution said when the mother enquired, the victim said the accused took her inside his room and had sex with her while the mother was away.

Prosecution said the victim's mother on hearing that called her husband the complainant on phone and informed him.

She said the complainant rushed home and took the victim to the Domestic Violence and Victims Support Unit of the Ghana Police Service at Nungua where he lodged a complaint.

DSP Boafo said the complainant was issued with a Police medical report form to seek medical attention and a report was submitted on the victim accordingly, so Ocansey was later arrested by the Police for investigation and later charged.

Some Ghanaians in UK embark on walk to show support to Akufo...
48 minutes ago

Young Oswald whose ‘Our Day’ wishlist went viral dreams to b...
48 minutes ago