I Gave Asibi A Ride At Great Risk — Tabiri 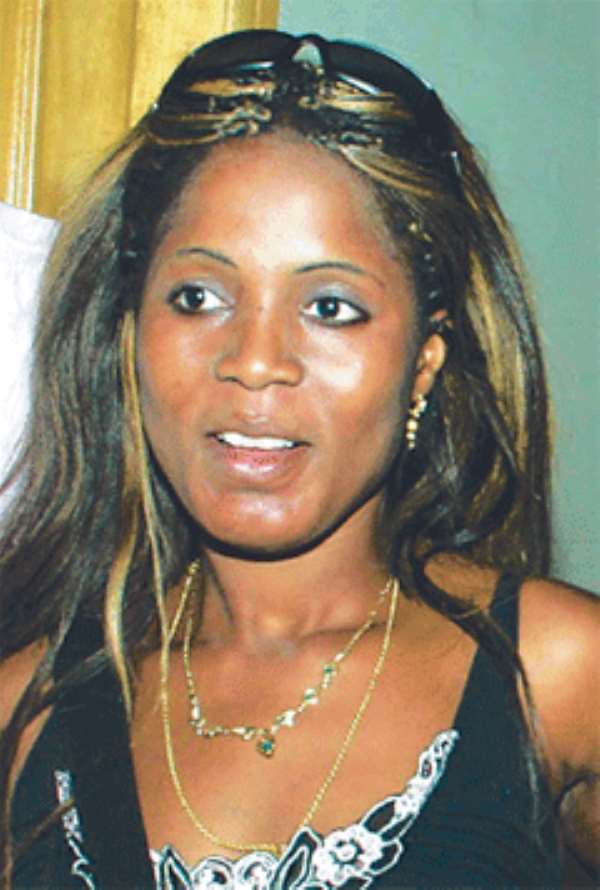 
The former Head of the Rapid Response Unit of the Ghana Police Service, Superintendent Edward Tabiri, said yesterday that he risked danger by commanding a cocaine hauling convoy to stop and give Ms Grace Asibi, the girlfriend of the Venezuelan drug fugitive fleeing justice in Ghana, a ride.

Under cross-examination by Mr James Abiabuka, counsel for Ms Asibi at the Justice Georgina Wood Committee sitting, Supt Tabiri said the convoy was escorting seized cocaine to the Police Headquarters when it stopped at the Tetteh Quarshie Interchange, just to give Ms Asibi a ride.

He conceded that the drug barons could have organised a counter attack and carried the drugs away but added that he took the risk to stop the convoy and the van containing the cocaine when he spotted Ms Asibi at the Tetteh Quarshie Interchange.

Supt Tabiri said when the convoy got to the interchange, it was one of his men who saw Ms Asibi waving at them to stop and that drew his attention, he being the leader of the team.

He denied that he had sent Ms Asibi to the Venezuelan to collect money for the police team and that she was to meet him at the interchange.

He explained that the lift was not meant to afford him an opportunity, as alleged, to receive the bribe money which Ms Asibi claimed she had collected on behalf of the police from her boyfriend, Vasquez Gerado Duate David.

Ms Asibi had insisted at a previous sitting of the committee that Vasquez had been in town at the time of the police operation and had sent the money through her when Tabiri made the phone call at the crime scene requesting him to send money to him (Supt Tabiri).

According to her, the money was meant to facilitate the release of Vasquez's compatriots, as well as pave the way for his escape.

Supt Tabiri said when Ms Asibi appeared at the scene of the operation at East Legon, he advised her that as an informant, she should leave the scene, insisting that he never sought money from her nor her boyfriend.

He denied that Ms Asibi was taken to his office, where she handed over $170,000 to him for allowing her boyfriend, who was in town then, to escape.

Supt Tabiri recalled that when he snatched a Nokia cell phone from the first man arrested an the scene at East Legon, he (Tabiri) talked to the man on the other end of the telephone and asked him to bring money to come and release his brother.

He explained that when the second man appeared at the scene, he took him for the man he had earlier called to bring the money and therefore concluded that he had made his catch.

He said when the man was searched, only a mobile phone was found on him, not money. Supt Tabiri told the committee that the strategy was to entice the suspects to the scene and have them arrested and that it was in no way meant to extort money from them.

He said his investigations revealed that Vasquez left the country on November 10, 2005, while the operation was carried out on November 24, 2005.

He said Vasquez could, therefore, not have been in the country to give Ms Asibi $200,000, out of which $170,000 was given to the police and $30,000 to Immigration through him (Tabiri) to change the records on the itinerary of the fugitive.