There Must Be Respect Among The Police – Kan-Dapaah 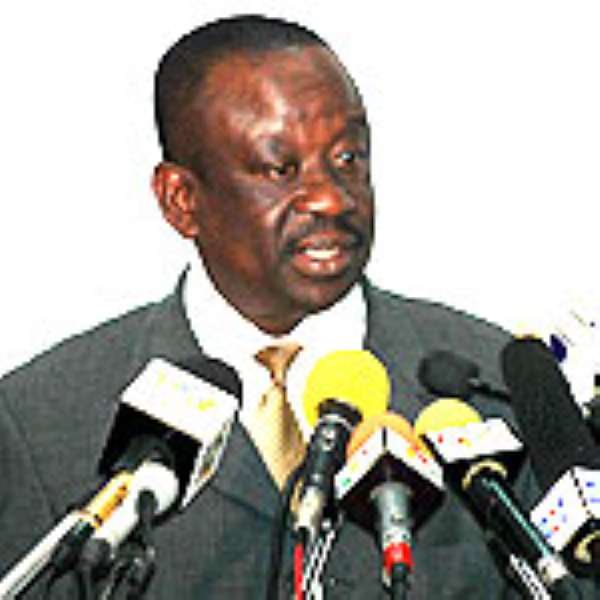 Mr Albert Kan-Dapaah, Minister for the Interior, yesterday charged the Police to demonstrate a sense of discipline, absolute trust and faith in the leadership of the structures in the Service to fulfil their statutory obligations to the public.

"There must be unquestionable respect for seniority, deliberate efforts to work as a team – love, care and concern for each other and above all absolute respect for subordinates.”

Mr Kan-Dapaah was opening a two-day National Police Command Conference for all Regional Police Commanders and Headquarters Management and Advisory Board (HEMAB), which is the highest internal policy making and implementation body of the Service.

He said it was imperative to combat indiscipline in the Service by the cultivation of moral courage to correct acts of indiscipline, adding, "where an officer is found to have misbehaved, he should be disciplined according to Police Regulations,”

He urged the administration to apply discipline fairly, consistently, even-handedly and in a non-discriminatory manner since acts of indiscipline greatly affected the public perception of the Service.

Mr Kan-Dapaah called for loyalty among the top command of the Service. "It is important that you all have a common understanding and appreciation of issues facing the Service and see yourselves as brothers and sisters working for the common good of the Service and the nation as a whole."

Mr Kan-Dapaah maintained that the job of policing was one of the most complex and difficult tasks in any society and even more difficult in a democratic dispensation. He reiterated a quote: "In democracies the authority and disposition of the Police are founded on law, yet the Police retain significant discretion on when and how to apply the law.”

Police must be responsive to the public demands for service and protection, yet must resist if such demands were to violate the constitutionally protected rights of individuals and groups.

The Minister said in spite of recent narcotics hard knocks, it was still the Police that masterminded the seizure of the cocaine from East Legon from the Venezuelans and also the seizure at Prampram and other daring seizures. He said, "Ghana is seen as a peaceful country within the Sub-Region and is noted for its maintenance of law and order.”

Mr Patrick Kwesi Kwateng Acheampong, Inspector General of Police (IGP) in his welcome address said the meeting came at a time when the institution was under siege from some sections of the society.

"Despite this we remain dedicated, resolved and focused to perform our duties in the best interest of mother Ghana. “Many organizations have gone through crises and challenges, such as these and we are confident that we shall overcome them successfully."

He called for support for the Service in its duty of maintaining law and order. Those present included Mr Francis Poku, Minister for National Security.