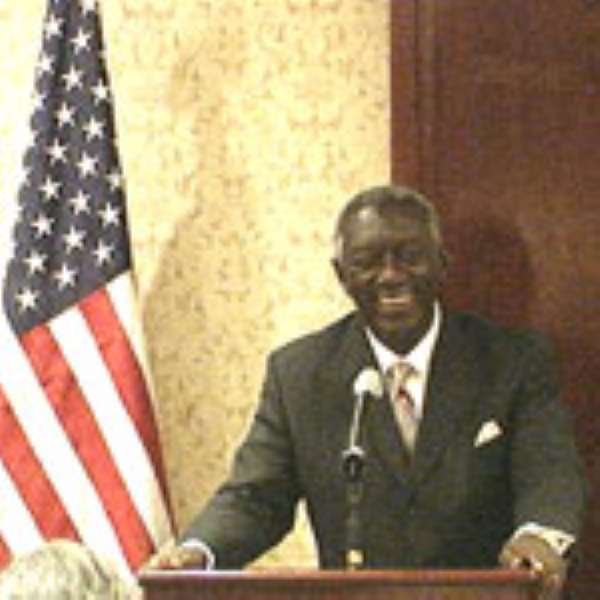 About two million jobs are to be created from the implementation of programmes under the Millennium Challenge Account (MCA) over the next five years.

Seven hundred of the jobs would be created directly, while 1.3 million would be created indirectly, President J. A. Kufuor announced last Wednesday during a panel discussion hosted by the Centre for Strategic and International Studies (CSIS), an institution famed for its membership of great minds and think tanks with a focus on global security and the changing dynamics of international relations world-wide, in Washington DC, USA.

President Kufor said it was envisaged that he execution of the compact would contribute to the accelerated growth of the national economy and consequently reduce the incidence of poverty by five per cent annually over a 10-year period.

He said the compact represented a most significant, creative and dynamic initiative in development financing and economic partnerships in current times and marked an unprecedented effort to actualise the link between development assistance and the presence of a credible and transparent environment for policy implementation.

The President, who was bombarded with questions from the gathering, said, “I personally feel proud of this achievement, as it bears eloquent testimony to the good governance practiced by my administration. We in Ghana are ready and willing to seize this unique opportunity to build lasting human and institutional capacities within our country to sustain growth and development for great numbers of our population to enable them to build a future of hope for themselves and their children.”

He said the compact had enhanced the already cordial relations between Ghana and the United States of America.

Answering a question on whether the $547 million from the MCA was enough for Ghana, President Kufuor used an analogy from the Biblical parable of the talents, saying, “Ghana received the largest out of $2.1 billion. Just let us say thank you to the US government, the MCC and administer it so well.”

Dr Nduom, who is also the Chairman of the Millennium Development Authority (MiDA), described the funds allocated to Ghana as significant and timely. He said the MCC's requirements were directly linked to the national priorities documented in the Ghana Poverty Reduction Strategy II (GPRS II).

Ambassador Danilovich, the Chief Exxecutive Officer of the MCC, said the leadership style of President Kufuor had improved relations between Ghana and the USA. He said corrupt and intolerant governments could not receive assistance from the MCC, adding that the ultimate success of Ghana's progress would not be measured in terms of how many dollars were doled out but how they transformed lives and expressed the confidence that the Ghana programme would be successful.

Full statement: Provisional results of 2021 Population and H...
42 minutes ago

Come for land, we want Akpeteshie factory as 1D1F – Asebu Pu...
45 minutes ago