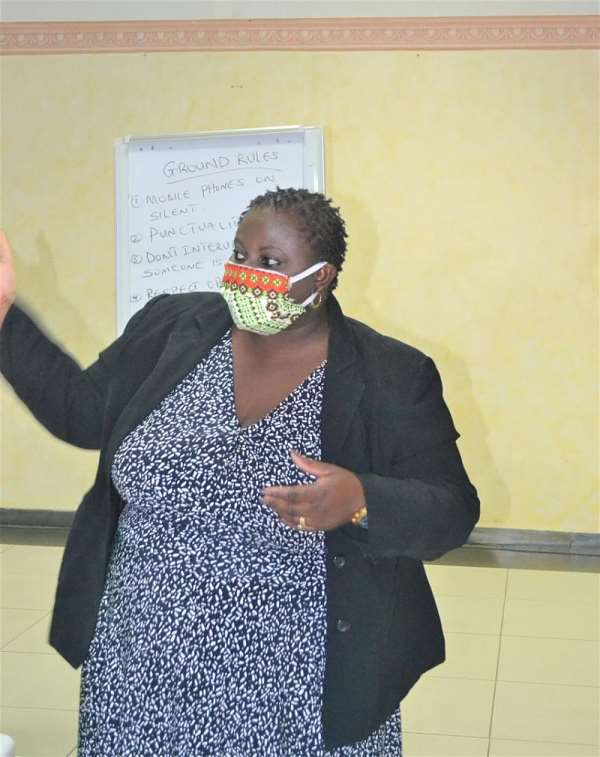 The Gender Studies and Human Rights Documentation Centre (GSHRDC) has put together a training workshop and capacity building for some selected media personnel.

The 5-day event, starting today Monday, July 27th, is currently underway in Accra where 17 journalists from across the country have met.

In the opening address, the Programmes Manager, Deborah Tayo Akakpo, noted that gender-based issues have in some instances been sensationalized when they needed to be tackled with all seriousness.

She noted that sometimes, the issues are trivialized and do not get the necessary attention and actions that must be taken.

A Section Of The Journalists At Training

For these and some other reasons, Ms. Akakpo believes it is time the capacity of media personnel are built to better equip them to report on the issues more efficiently.

The Gender Center, headed by Mrs. Dorcas Coker-Appiah, has been in existence for 25 years.

The institution was established by five women lawyers including Mrs. Coker-Appiah in 1995 at a time nothing or little was known about gender issues.

Over the years, its main campaign has been about Violence Against Women and Girls (VAWG).

The Gender Center envisions a society where the rights of women are fully protected and promoted, while they are able to participate in national development at all levels.