The Diaspora V. The Borga 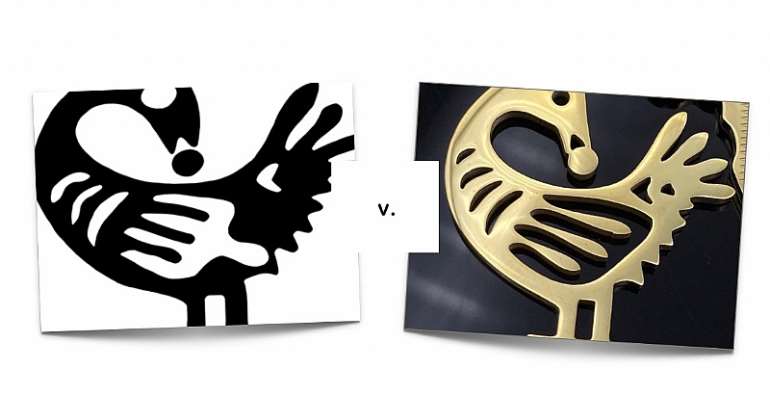 For the past few years, I have adopted a new strategy: to understand our present as a nation, as a race, I have found myself continuously sifting through our history, with the hopes that our past can help make sense of our present, and inform our future. And it has helped, I must say. For one, I find myself having a visceral reaction anytime I hear my fellow countrymen say, “All Black people are this and that…” By this and that, I mean all the derogatory terms one can concoct.

For the past few weeks, I have found myself thinking, “Whatever happened to borga?” I do not hear that word enough these days. Perhaps, it is because we have found, for it, a much more intellectual term—the Diaspora. And I am very much bothered by that, so much so that I chose this topic over the coronavirus.

A few days ago, I got called “The Year of Return”. This particular one stood out among the many times I have had to insist upon my ‘no’ every time any proactiveness on my part called this question, “Did you grow up outside the country?”

“No”.
“Oh okay—but did you school there? Or live there for some time, or…”

“Let me not waste your time—no.”

It seems every time I respond in the negative, the inquisitor is disappointed, or perhaps interprets my response as meekness. You may have had a similar experience.

We are, quite simply, a people who place more value on anything foreign. Anything proceeding from outside our national and continental borders is treated with more seriousness and respect. I think we have a very comely term for that: hospitality. This is in sharp contrast to the Caucasian, who—though never inherently a higher grade of humans than the rest of us, as they like to pass themselves off to be—seem always to find ways of belittling people of other nationalities and more overtly, race. And I am not even advocating that we take on this abhorrent attitude of the Caucasians. What we need is a deep sense of self-worth—one that does not make small itself, to uplift another; nor make big itself to make little, others. I seem to be digressing.

The Diaspora is a very eventful word; we are showing signs of reducing it to the borga of old. The Diaspora does not and should not have the same attitude as that family member of yours, a few years past—and now even—who has placed him/herself on a higher pedestal just because they dared tread outside our national borders into the white man’s land to toil. The Diaspora does not and should not arrive on the African soil with noses turned up, like the petty borga, on the African journey. They are a people seeking home, to retrace their steps, and to find their kindred.

Crash course—a history into the term

Diaspora is an end product of a phenomenon so common to humans of all races—migration. All over the world, people of differing races have moved from one location to the other, one continent to the next in search of the mundane—to aid in our human existence. But for Blacks everywhere, migration has had a different consequence. Thus for us, migration cannot be in the vacuum. Our history has denied us that luxury. Due to a number of factors—which shall be looked at subsequently in another article—one of these factors being our ‘hospitality’, a bunch of pale looking folks infiltrated our continent four hundred years ago, and bought up our people like chattels, arranged them in ships like wood, and shipped them to the Americas, Europe, Caribbean, Asia, etc. to own, and trade in like livestock. They slaughtered our people like goats; raised them like animals—and brainwashed them into believing that they were, in fact, like animals. And sometimes—when they were being kind actually—they treated our people like pets.

This part of history, looking as though purely orchestrated by the devil himself, was to spawn a chain of events—gruesome events, of sociological and psychological damages of which the Black race, interspersed throughout the globe is still fighting to overcome.

Fooling us twice: colonialism
But the Caucasian greed had no bounds; and our lack of a collective sense of self-worth aided in the creation of a new form of Black oppression. In the 19th century—right after the overthrow of the Atlantic slave trade—the Caucasian set sail again for the continent to a clueless African people (oblivious of the full extent of the hardships their kin were suffering in the other parts of the world) to kick-start Colonialism. So then the rest of the black race who had ‘escaped’ the slave trade found themselves, too, bound in chains of oppression, feeding the goblins’ greed—toiling for the Caucasian. They pillaged our human and natural resources. They transformed themselves into animals with the hopes of making animals of us. They made us slaves right in our own homes. The entire black race was in different geographical locations, in different languages and dialects made captives.

But this, too, did pass. In African countries, beginning in the mid-19th century, the white claw was declawed—somewhat. We inspired one another, all of us Blacks, with our defeat of the Caucasian. This fight against a common enemy birthed a spirit of togetherness, oneness, and comradery in Black people—no matter how far and wide we are spread. Thus, in our Black dictionary one finds terms like Pan-Africanism, Black Solidarity, our topic today—the Diaspora, etc. This sense of a constant fight against a common foe, sadly, did not end with the overthrow of colonialism.

Fooling us thrice: Racism
During the Black resistance against slavery, which commenced fervently in Europe in the 18th century, pro-slavers of that era had responded to our Abolitionist Movement with heightened racism—a fabricated weapon in our opponents’ toolbox. They used every weapon they could find: religion, pseudoscience, unfounded stereotypes, to prove the inherent lowliness of the Black race. They lost their pro-slaver battle, yet these racist ideologies did not disappear—they found themselves in the quiver of our imperialist adversaries of the 19th century, and now presently, in the minds and mouths of our—to put it quite plainly—stupid opponents.

Home is where the mind is at peace.
Those of us with historically little to no co-existence with the Caucasian have little to no visceral reaction to racism. We understand that it exists, but are quite oblivious to the feelings it incites. You suffer little to no sense of real inferiority on the daily basis. That has not been the case of our kinsfolk who were exported to these other parts of the world. For them, the term Diaspora is a relief; it is home. It is a break away from the feeling of otherness, the feeling of non-belongingness the Caucasian has in the past, and is still communicating to them—either covertly or overtly. The Diaspora is not a club one aspires to subscribe to. It is not same as the pathetic borga mentality (of what I hope is now dated). The Diaspora, literally meaning to scatter or to sow, is a gathering and a harvesting of the scattered.

The Diaspora is a nuanced term, this one article is just not enough. We will have to decipher the different forms of Diaspora in this modern era—what makes one fall within this categorisation, and another without. We shall have to study too the economic and socio-economic implications of an effective African/African Diaspora Partnership; and make an in-depth inquisition into the Diaspora through a proper historical lens—for this article has left so many questions unanswered.