Kumawu Reconciliation Chief is not Serious and Lacks Credibility 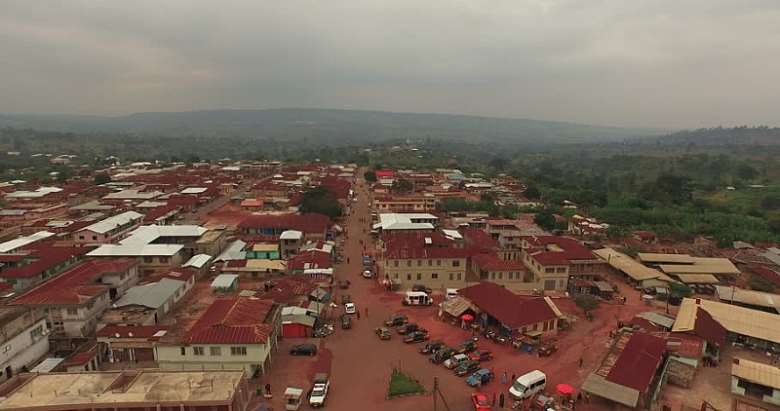 Following my recent publication requesting the Ghanaian public to enlighten me about the functions of a Reconciliation Chief ("Nkabomuhene"), I have decided to put out this publication. I have waited for days without reading or hearing from anyone. Subsequently, it is just about right to publish what is on my mind about an ongoing, but seemingly abrogated attempts, by Kumawu "Nkabomuhene" to resolve the divisions among the people in Kumawuman.

The marked divisions have come about as a result of the ongoing Kumawu chieftaincy dispute dating from year 2007, immediately after the demise of Barima Asumadu Sakyi II, the paramount chief of Kumawu traditional area.

It was during the reign of Barima Asumadu Sakyi II that Kumawuman ever heard about, and enstooled, someone as, "Nkabomuhene" in the person of the late Nana Boamah Agyei, who although hailed from Kumawu Temaate, he resided in London (United Kingdom).

A replacement "Nkabomuhene" has been enstooled. While Nana Boamah Agyei completely failed to initiate any process to resolve the ongoing devastating chieftaincy dispute, the new one by the definition and understanding of his traditional office, has started a process of mediation to resolve the problem.

Let me give him the thumbs up for his farsightedness. As said, a bad decision taken is better than no decision taken at all. He has been consulting with some Kumawu stakeholders regarding the dispute with the ultimate objective of reconciling the opposing factions in the best interest of Kumawuman. Once reconciliation succeeds, needed essential developments can come to Kumawuman.

Nevertheless, his approach is prejudicial. He lacks fairness and sense of clarity. His methodology or modus operandi is fraught with insincerity to not only a party in the dispute but to Kumawuman as a people and a community.

How on earth could you be a credible arbiter when you approach resolving a dispute between two litigants with a pre-determined motive or conclusion? How can you be an honest person to be trusted if you approach arbitration with a snake-like "split tongue”, saying one thing here and another there?

Again, is it sensible to approach one party, saying you are seeking to resolve the dispute but they should bear in mind that it is not about the chieftaincy since a chief has already been enstooled? This makes the new "Nkabomuhene" a complete quack from my perspective.

If he is not prepared to listen to the underlying problems that brought about the dispute and the subsequent divisions among the people in Kumawuman, to address them, then how can he resolve the divisions in Kumawuman? He is not serious and in my opinion, people must ignore him without spending their precious time giving him a hearing. His attempt is just a waste of anyone serious person’s time.

Does he know how Kumawu installs her paramount chief? He had better go and learn about the traditional procedures in place for nominating, selecting and enstooling a Kumawu paramount chief.

The "Nkabomuhene" may be accused of being irrelevant, if not irresponsible, by some astute historians considering his decision taken prior to setting things in motion. His initiative taken is highly commendable but the direction of his focus as dictated by his prejudice indicates his bad faith towards the people of Kumawuman. He is more interested in seeking fame and/or propping his position by appeasing the Asante overlord and his Kumawu overlord and colleagues. He does not care one bit about what Kumawuman is losing and stands to lose should the illegalities that brought about the dispute and the divisions be allowed to prevail as it is his objective.

I am sure he does not know the Kumawu history very well. If he knew, he will realise what Kumawuman stands to lose should his prejudicial position on the reconciliation prevail.

This is just a quick one to alert him to the fact that although he has taken the right step, his direction towards a pre-determined final decision is incongruous with Kumawu history.