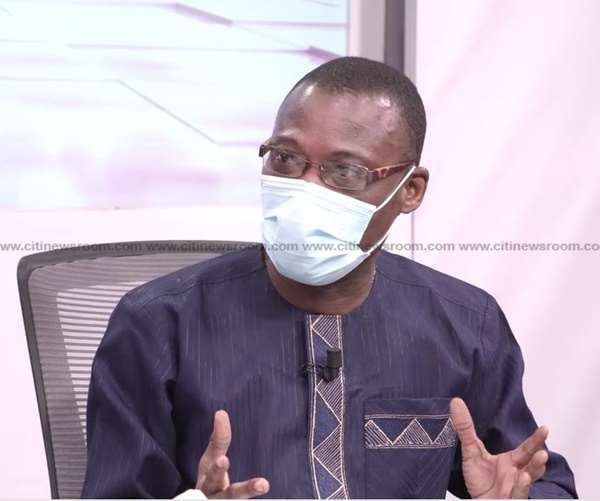 The governing New Patriotic Party (NPP) continues to face strong criticisms following the use of a firearm discharged by the Member of Parliament for Awutu Senya East and Minister of Special Development Initiatives, Mavis Hawa Koomson at a registration centre in her area.

One of the latest critics, is the Member of Parliament for Ketu South, Fifi Kwetey who believes the action of his colleague legislator shows how the President, Nana Akufo-Addo and members of governing New Patriotic Party intend to use violence to hold on to power.

For Fifi Kwetey, the Minister had the leeway to fire the shots at the registration centre over what he describes as the high level of impunity superintended over by the Akufo-Addo led government after recent happenings in the country’s political space.

He cited among others, the failure of the government to take action against persons who perpetrated acts of violence and vigilantism during the Ayawaso West Wougon by-elections.

“She also did so because right from the word go, what we have seen under this regime is nothing too short of impunity. Right from the very seat at the Presidency, hoodlums of the NPP attacked a senior police officer in January 2017, what was done to any of them? Absolutely Nothing! Similar incidents have happened in different parts of the country and nothing has been done. With the by-election in Ayawaso West Wougoun, what did we not see? What was done about it? Nothing!”

“What has the President done about the recommendation that came out of it? Nothing! So of course, if Hawa Koomson sees that this level of impunity is prevailing in the country, why would she not believe that she is capable of going to the registration centre and be firing guns because she believes that nothing is going to happen”, Fiifi Kwetey continued to argue.

Commenting on the police’s invitation of the MP and the retrieval of the said firearm, Fifi Kwetey was convinced that nothing concrete will come out of the findings to be used to punish Hawa Koomson for the crime committed.

“All this talk about the police doing investigations, you and I know where this is going to end. It is going to end nowhere. The President himself can whitewash a whole report that he himself commissioned to be done…the party [NPP] itself has set a motion that nothing is going to happen. So for me, it is not coming to me as a surprise. Zero is going to be done.”