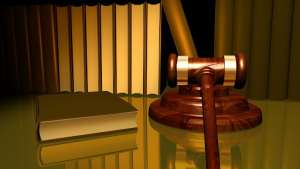 When it comes to freedom, you better be careful about it. Most often than not, we think freedom is something we are irrevocably entitled to until we give it away, sometimes ridiculously. The line between walking as a free man and going to prison can be very thin- thinner than you may imagine.

One moment you’re free, the next moment you’ve donated it to the government. This donation, I can assure you, is one the government will gladly accept. Prison is always opened to you, just be reckless and there you are. Nobody is immune, but everybody can be careful. This article aims at teaching you something very basic you need to know and in a layman’s language before it becomes too late.

The steps that usually trick one into giving up his or her freedom seems complex to many, especially those not legally endowed. Fortunately, this is not the case. They are straightforward steps that can, and often are, soaked in deceptiveness. What makes the journey more deceptive is sometimes the voices of the police along the way. I will return to these police voices later.

When arrested, one thing you should bear in mind is that you are entitled to keep quiet and also, entitled to a lawyer of your choice. The constitution of Ghana actually makes it mandatory for the police to bring this to your attention right from the moment of your arrest. This is mostly referred to as your Miranda warning. After this, you are entitled to shut up and remain mute. Of course, the police will try to extract ‘juice’ from you. By juice, I refer to any relevant information that will make their case delicious before any judge. Be mindful, the police are not always, if at all, your friends once you are arrested. As a matter of fact, the police will try to cook their case from the moment you are arrested.

The judge is an umpire of a soon-to-begin contest between you, or your lawyer, and the government represented by the police or the prosecution. This is a contest of freedom. You should know and appreciate that there are no three contestants here but two. The judge is not, or at least ought not to be, on the side of any. You and your lawyer’s side against that of the state. What you have to ensure is that before you are sent to a judge, you have not given the police enough spices to throw you into a dungeon. I am, by no means, motivating any person to commit a crime. I only seek to draw your attention to something that may take your innocent self into an unwholesome place, one you will forever detest. Lots of people are in prisons for offences they actually did not commit or are serving sentences unbefitting of the crimes for which they ought to have been convicted.

Back to the voices of the police I spoke about earlier. You are to note that the police may, and often do, lure, entice and facilitate you into telling them what your lawyer will scold you for. Sometimes, the scolding will not end everything. The rippling effect of any confession made to the police may lead you to prison. There are ways your lawyer can extract any illegally obtained confessions from going into the record. However you may not really want to take your lawyer through that. You may, again, not be happy about the manner in which the case may drag for weeks and months, sometimes years, because of words you freely spewed within minutes.

“27 The one who has knowledge uses words with restraint, and whoever has understanding is even-tempered. 28 Even fools are thought wise if they keep silent, and discerning if they hold their tongues.” Be wise, speak not.

Lawyers have been trained, in criminal law, to serve as guards or shields between the prosecution and the judge. Your lawyer is trained, for years, to deflect, deflate, destroy and prevent any offensive and improper evidence from entering into the judgmental ears of the judge. One thing your lawyer cannot block are the pieces of evidence you freely and voluntarily give to the police when you are arrested. Such voluntary confessions are the most reliable spices with which the prosecution will and shall prepare and present your case/evidence to the judge. You can trust me, in the legal taste buds of the judges, such cases or evidence are delicious. Unless there are other magical evidence or saviour laws available to your lawyer, you might find yourself in something you never wished for. Shut up when arrested, talk when your lawyer says so. Even that, say what you’re permitted to say and let your lawyer work.

Finally, if there is anything you should be afraid of in the courtroom as an accused person, especially when you are not represented by a lawyer, it should be the pleading of guilt to something you do not understand, unless you are a lawyer or a judge. Do not make a mistake. Stealing, as you know it in regular life, is different from the stealing captured on your charge sheet. That kind of stealing is defined by the law and the law only. Defrauding by false pretence does not just mean fraud, there is more to it. No matter what you are told, mostly by your prosecutors before they bring you before a judge, do not plead guilty. Let me take it again, DO NOT PLEAD GUILTY!

I say this because;

“It is not your duty to prove to the court, or anyone, why your freedom should not be taken from you. It is, however, that of the police or prosecutor-the state, to demonstrate with cogent proof why you no longer deserve to be a free man.”

Once you plead guilty, mostly because you have been frustrated and/or you trust the police to be honest with you, your case becomes worse. Do not take the bait. In fact, even on appeal, it is very difficult for your lawyer to get your conviction overturned when you have professed to understand your case and have voluntarily pleaded guilty. Upon a plea of guilt, the judge is tied to sentence you unless some legal exceptions come to the fore. I will not belabour you with these exceptions.

Worst of all is that there will be no proper evidence on record for your lawyer, or any future lawyer who may want to help you, to attack on appeal. I am not saying there will be nothing for your lawyer to clutch onto. All I am saying is it will make it difficult, if not impossible, to get your freedom back to you once you are convicted on your own plea. Of course, there are technical magics your lawyer can perform.

Do not plead guilty unless you fully understand, which I can safely guess you do not, the meaning of the offence for which you are charged. One thing you must also note is that before your lawyer is able to appeal against a conviction secured or pronounced through your plea of guilt, you are most likely to have spent some time in prison.

Stay safe and enjoy the few rights the state allows you to. Avoid trouble. Be law abiding. Always remember that the police are more likely to believe the story of your complainant unless you are able to demonstrate to them otherwise. The best platform to demonstrate this is before a judge. Do not worsen your lawyer’s work for them. Even at the time you are arrested, you should know you have done enough. Do not speak unless your lawyers say so. Whatever you do, do not plead guilty.

The goal for appearing before a judge is to seek justice and not to pervert it. If, after understanding the charge, you honestly become convinced that you are guilty, then by all means, let justice prevail. Do not lie, do not subvert the truth. The bible says at

“When justice is done, it brings joy to the righteous but terror to evildoers.”

I will end by referring you to another biblical verse that tells us about time to speak and time to remain silent. There is time for everything.

Ecclesiastes 3:7 says there is;