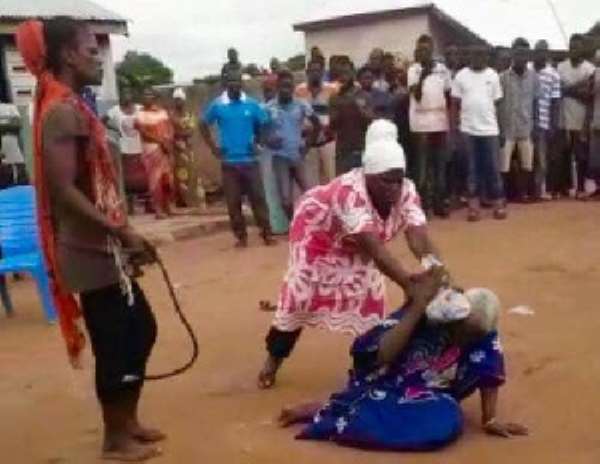 The Overlord of the Gonja Kingdom, His Royal Majesty Yagbonwura Tuntumba Bore Essa has called on the security agency to as a matter of urgency bring to book the killers of a 90-year-old woman at Kafaba in the East Gonja Municipality of the Savannah Region.

Incensed by the action, the king described as barbaric and unacceptable the lynching of the poor woman accused of witchcraft.

In a statement, the Registrar of the Gonja Traditional Council, Mr.Kapori Abutu said the inhumane and atrocious act was perpetrated at the blind side of the traditional authority.

He added that the news of the alleged brutal killing of “one of its subjects” by some individuals who allegedly accused her of witchcraft was received with shock by the council.

According to him, Yagbonwura wants the security agencies to as a matter of urgency to bring the perpetrators to book.

He also called on his subjects to desist from such barbaric acts and allow customary law and the laws of Ghana to be used in resolving such challenges.