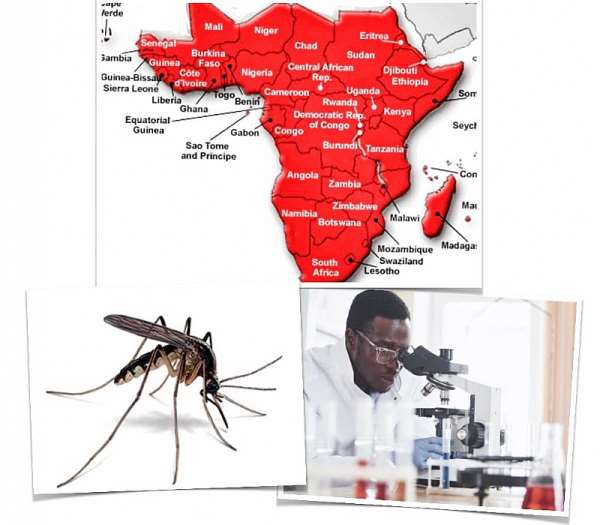 Missing an Opportunity for Excellence

I must note, first, that there is a certain ‘Oliver asked for more-ness’ to this article—or at least the topic regarding this article—one which I tried very hard to desist from over- indulging. This attempt proved unsuccessful for this inherent Oliver-ness stems from pointing out the obvious: global funding for African-led malaria-related research is inadequate—massively helpful—yet still inadequate for Africa’s fight against malaria.

Unfortunate, isn’t it? Not just the issue of inadequacy of funds, but more so that in an article regarding Africa’s plights; specifically, her malaria burden, the topmost solutions proffered are not African. It is unfortunate that I begin this article with a complaint: ‘they’ are not helping Africa enough!

There was no better way to begin, however, for a vast majority of funding received by the continent for her fight against the disease—for malaria-related research and malaria control—comes from international donors. What is particularly telling about this is the composition of these global funders—they are largely international private and public investors, philanthropies, organisations—they form nations who have won their respective fights against the disease, who no longer, indigenously, bear the malaria burden. But this is not an article titled, ‘take back your money, we do not need it’ hence my intentions writing it, are not thus.

A paper published in the ‘Lancet Global Health’ journal by University of Southampton researchers sought to rank 45 sub-Saharan African countries according to the level of support—both in terms of funding for malaria research and malaria control—derived by them from global donors within the periods of 1997 to 2013. It sought to also draw comparisons between African countries’ individual malaria burdens, and the supports they received from these international donors. This was to also reveal disparities in the levels of funding received by the individual African countries; sometimes showing the complete neglect of some nations.

And this is what they found: Africa has consistently been on the receiving end of a large chunk of these investments (especially funding for malaria control)—fitting since the continent carries the vast majority of malaria burden, worldwide. Tanzania, Uganda, Kenya, Malawi, and Ghana form the top five receivers of research funding. Ghana, in a ranking of 45 African states, on funding received for malaria-related research, placed fifth.

Central African Republic, Sierra Leone, Congo, Guinea, Botswana, etc. all having high malaria burdens, are at the very bottom in terms of both funding received for research and for malaria control. Many of them received no investments at all, during this span of 16 years. In the ranking of funding received for malaria control—e.g. funding for the provision of insecticide-treated mosquito nets (ITNs), indoor residual spraying (IRS), etc.—there is Ghana, placing eighth. In fact, it was found that West and East Africa have been the top receivers of these global funds, with northern and central Africa receiving little, or very often, nothing at all.

These disparities stem from the difference in national capacities across the continent—in infrastructure, political climate, legal regimes, existing and effective university/industry partnerships, research outputs, etc. These are some of the barometers used by prospective funders in choosing one African country over the other, for infusion of funds. And they are the reasons why certain African countries have never been considered for these investments.

These disparities in malaria support have led, many on the continent, to call for equity in such allocations of global funds. This, in itself, though foreseeable and necessary, paints quite a picture—one of African countries scrambling for fallen manna, scrutinising each other’s palms and pockets to compare gains, to debate allotments—with these funders playing god. This is not to disparage international support the continent has received over the years, but to point out for rooting out, the African narrative of dependency and the doom it is likely to spell on our development journeys. Africa is not to close her doors to international support, but to make her domestic support greater and more consistent.

Interestingly though, even in this supposed influx of funds to some African countries, many have opined that sub-Saharan Africa, in particular, has for years received little share of global funding for malaria research.

The top global funders were found to be: the US National Institutes of Health (1st), the Bill & Melinda Gates Foundation (2nd), and in no particular order: the European Commission, the Global Fund, the World Bank, the U.S. President’s Malaria Initiative, the Wellcome Trust, the UK Department for International Development etc. USA and UK have been the top nation donors for years.

These investments have been one major cause for the consistent slashes in malaria figures on the African continent. So much so that Ghana, boldly declared 2020 as the year she reduces malaria morbidity and mortality by 75%—just 25% shy of total elimination.

Now, we could dismiss this as reparations—as the price the Caucasian has to pay for constantly—historically and presently—pillaging the continent. But reliance on this may, in the long term, not auger well for the African consciousness, our independence, and consequently, development.

You Who the Mosquito Bites…

It is a sorry situation that as we begrudge the inadequacy of these global funds, the solutions being proposed by many, worldwide, is for a boost in international funding, re-strategising to better attain full coverage of the African continent in the disbursement of global funds, etc. Little mention is made of encouraging and strengthening domestic investments in malaria-research by African countries. Even in looking for supplementary help, Africa is not readily thought to be candidates—for her own self-help.

Peculiar, isn’t it? Isn’t it the case, perhaps, that he who the mosquito constantly bites would be one to lead the search party, seeking out solutions? She who the mosquito consistently taunts, kills should be first and best at fighting it. The malaria fight is an opportunity for excellence for the African continent—to spearhead malaria-researches and innovations, and the funding thereof; to contribute greatly to the global community of science and technology; and to cement in us a research and innovation culture that will have a positive spillover effect on our development journeys, across sectors.

In a country such as ours where local malaria research has been deemed worthy of such outpouring of global investments, it would be inexcusable for our own governments to deny our domestic researchers optimal support in terms of funding. As global funding for Africa’s malaria-research remain prone to imperfections, African governments must rise to the task and prioritise domestic funding of malaria related-research.

The household nature of a disease as deadly as malaria, should create the situation where the average citizen, in their expectations of their governments, should have atop their lists, this inquisition: what is your government going to do in the fight against malaria—in the control, management, prevention, and importantly, in the funding of malaria research, towards the total eradication of the disease?