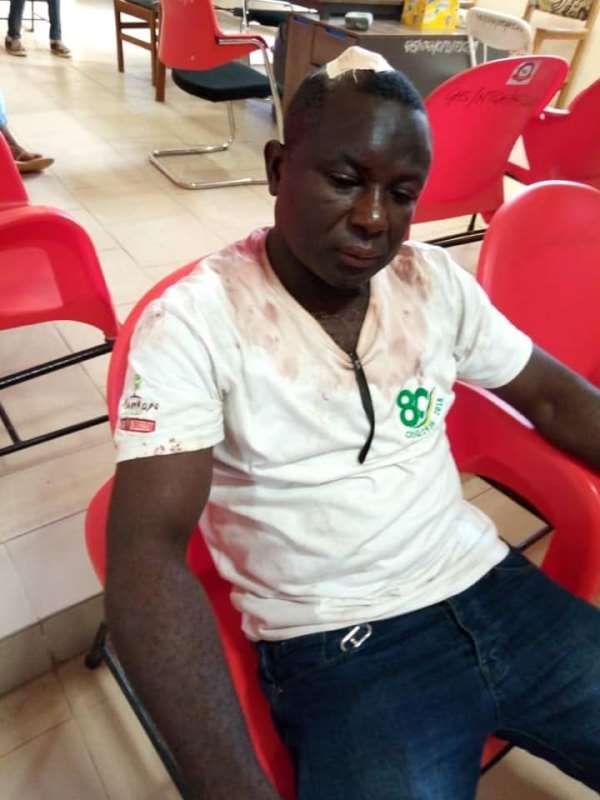 News reaching this portal indicates the brutalisation of a popular mechanic known as Tagbor, a resident of Akim New Tafo in the Eastern Region by a police patrol team on the Koforidua to Jumapo highway.

According to reports, the mechanic was riding a tricycle (Aboboyaa) from Koforidua to New Tafo after he had gone to register the tricycle at the DVLA in Koforidua and vented into contention with the police patrol team at Jumapo.

Reports indicate that Tagbor had initiated a vehicular race with the police and was stopped between Suhyen and Kukurantumi where he was mobed and was left in cold blood.

The Akyem New Tafo police command has instigated an investigation in which the two police officers who were on duty at the Jumapo barrier among the other two CPAs have been summoned to appear before the District commander on Monday, July 27th, 2020 to assist investigations.

The victim has been issued a medical form by the Akim New Tafo Police command to receive health treatment at the New Tafo Government Hospital whiles the police carry on with their investigation.

A Distressful Experience with the Covid-19 Management/Contai...
14 minutes ago