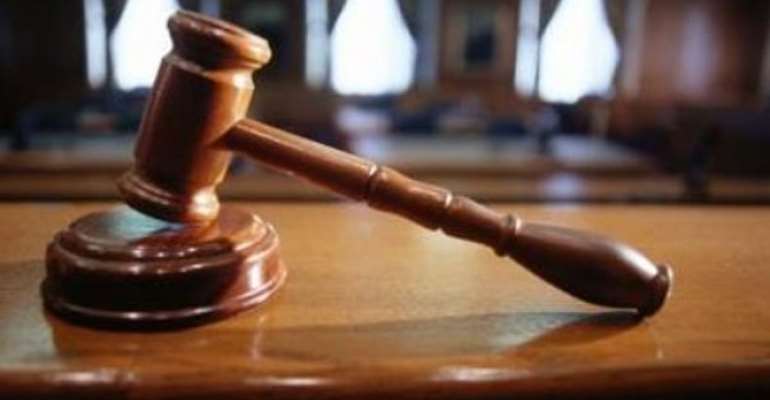 A 44-year-old sales personnel accused of defiling a 15-year-old girl at Dansoman in Accra has been arraigned before an Accra Circuit Court.

John Quaison Eshun is said to have abused the victim sexually after he had put some substance in the victim's tea to drink and that soon after drinking the tea, the victim felt drowsy and slept, where Eshun took advantage of the situation and had sex with her.

The court heard that Eshun repeated the act and gave her an I-phone as a gift but the victim boldly walked to the Dansoman Police to report his conduct.

Counsel for the accused, Ivan Akrobuto, prayed and the accused was admitted to bail in the sum of GH¢60,000 with three sureties one to be justified with a landed property.

The court presided over by Mrs Christina Cann, ordered the title deed of the landed property to be deposited at the Courts Registry pending the final determination of the case.

Prosecuting, Chief Inspector Kofi Atimbire said the victim lives with her mother who is a trader at Agbogboloshie.

Chief Inspector Atimbire said Eshun is the boyfriend of the victim's auntie who also resides at Dansoman.

He said in April this yeardue to the COVID-19 pandemic, the victim's mother sent her to the auntie to stay with her at Dansoman.

The prosecution said during the month of April, this year, the victim's auntie left for market and asked Eshun to prepare tea for the victim which he obliged.

Prosecution said the victim after drinking the tea, realized that Eshun had put some substance in the tea, so she felt drowsy and slept on a bed.

Prosecution said Eshun took advantage of that and had sex with the victim and that whiles in the act the victim shouted for help but there was no one to the rescue.

Prosecution said Eshun after the act warned her not tell anyone or else he will kill her.

According to the Prosecution in May this year at about 1600 hours, Eshun again had sex with the victim and afterwards presented to her an iPhone.

Prosecution said the victim however could not muster the courage to inform her mother.

He said however that on May 24, this year, the victim boldly walked into the Dansoman Police Station and reported the conduct of Eshun.

Prosecution said immediately the victim's mother was invited and given a Police medical report form to seek medical attention.

He said that same day, the accused person was picked up and investigative cautioned statement was obtained from him.

He said the accused was later admitted to Police Enquiry bail.