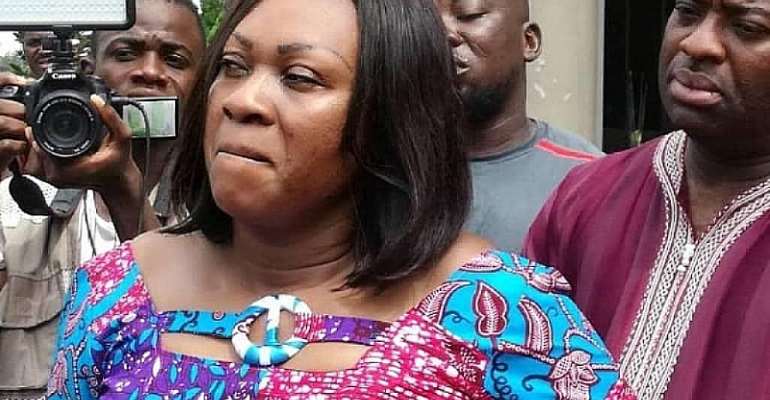 The Central Regional Police Command has retrieved the gun and ammunition used by Member of Parliament for Awutu Senya East, Mavis Hawa Koomson at a voter registration centre in the constituency.

This was after she honoured an invitation by the police to help in investigations after she admitted firing a warning shot at the Steps to Christ voter registration centre in the Awutu Senya East constituency on Monday, July 20, 2020.

Citi News understands that she honoured the police invitation today, Friday, July 24, 2020, in the company of her lawyers where her statement was taken.

“Regional Police CID Cape coast invited Hon. Hawa Koomson. She was taken through her statement. Police retrieved the weapon and ammunition together with a license covering the weapon,” a notice from the police cited by Citi News noted.

The police notice further stated that the case docket has been handed over to the headquarters of the Criminal Investigations Department in Accra.

Mavis Hawa Koomson who is also the Minister for Special Development Initiatives has come under fire for releasing a warning shot at Steps to Christ voter registration during a confrontation between members of the National Democratic Congress and New Patriotic Party.

A Distressful Experience with the Covid-19 Management/Contai...
11 minutes ago