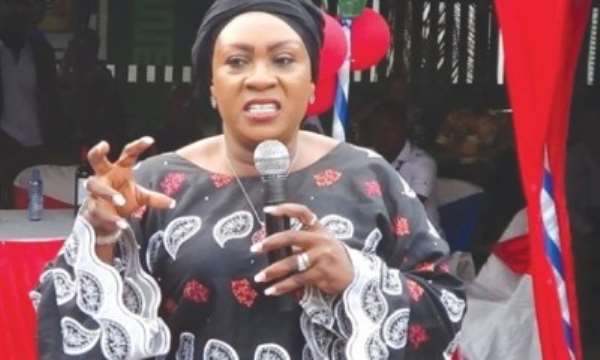 Member of Parliament for Awutu Senya East, Mavis Hawa Koomson, has been interrogated by the Central Regional Command of the Ghana Police Service over a shooting incident at a voter registration centre.

It follows the warning shots Hawa Koomson fired at the Step to Christ centre during the ongoing mass voter registration exercise on Monday, July 20, 2020.

Citi News understands that she was at the Regional Police Command today, Friday, July 24, following an invitation by the police.

She went to the Police Command in the company of her lawyers.

The police are yet to brief the media on the development.

Some have also called for her resignation or outright dismissal.

Hawa Koomson, who is also the Minister of Special Development Initiatives, has already admitted to firing the gunshot at the voter registration centre claiming it was in self-defence.