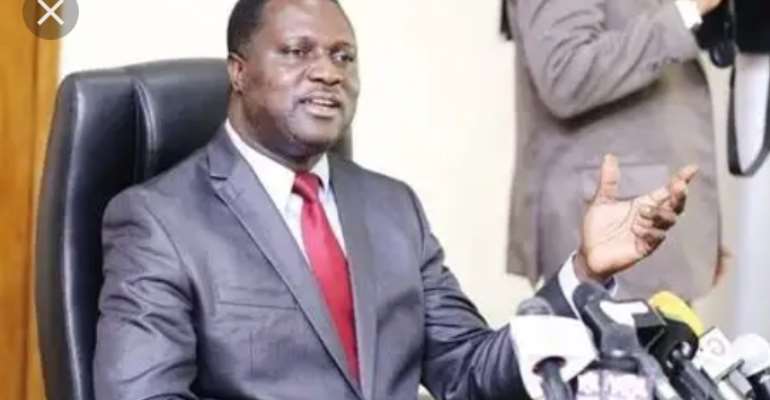 The Deputy Minister of Education Dr. Yaw Adutwum has posited that, should Ghanaians renew the mandate of President Akufo-Addo, come December 7, they'll see unprecedented development and policy direction in education that would amaze them.

He said the era where students memorise things and write same for teachers is past and gone indicating that new initiatives and innovations are implemented to make the Ghanaian child able to compete globally.

The Deputy Education Minister asserted that one of the innovations introduced by the Akufo-Addo government is the building of a creative arts school from basic to Senior High School at Kwadaso in Kumasi.

This, according to him, is unprecedented and has not happened in the history of this country.

He indicated that when completed, the school would help train and develop talented and gifted students across the country to become better actors, musicians and poets. "It is always good to start training such children at an early age and that is what is done in the developed countries".

He was speaking on the policy direction of the government in education within these last three and half years of the NPP's administration.

Expatiating further, the deputy education minister said during their time, a lot of very intelligent people could not go to school due to lack of access and financial support.

He therefore advocated improvement in access and quality that would enure to the relevance of education in the country. All these, according to him, are being looked at simultaneously by the Nana Akuffo Addo's government.

Reacting to issues concerning the double track system, Dr. Adutwum explained that most people did not understand the concept and misconstrued it to be a shift system.

He further noted that, even in America where there were more students and limited spaces, the double track system was what was used to solve the problem of access. "It was done in America and that isn't a shift system as is been bandied around by others".

He explained, the double track rather increases the contact hours for students as compared with the single track system. "The only problem with this system however is the increased workload of headmasters and caterers," he stressed.

According to him, the double track is a temporal measure where the President has said he intends to end it within five to seven years.

He said, with the current pace of development ongoing in schools, the double track system would end possibly before the proposed 5 to 7 year period.

"Double track has given opportunity to 400,000 students access to education, how could such a system be touted to be bad", he quizzed?

Dr. Yaw Adutwum added that Kenya and Rwanda have approached him about how Ghana can help them to implement a similar system in their country.

Recounting some of the achievements of the NPP government, he said government has restored the teacher training allowances and increased the number of years used to train teachers to acquire a degree.

He emphasised that government has built over a thousand huge educational infrastructure across Senior High Schools, over 200 kindergarten schools coupled with training of KG teachers. "Government have also employed 90,000 teachers."

He admonished journalists especially those in Cape Coast to visit all the big Senior High Schools to ascertain for themselves and report same to Ghanaians. "You're a journalist and people might believe your account better, please do so and let Ghanaians know what this government is doing."

Dr. Yaw Adutwum expounded that research has shown that children who attend KG develop better and when they grow they get a lot of benefits from it.

He continued that all over the world, you improve access, introduce innovative ways of teaching that encourage critical thinking and effective communication as wells as creativity.

"If Ghanaians renew the mandate of President Nana Akufo-Addo, they would see a lot of improvement in Education". "I've done some in America and why can't I do same in my country," he concluded.

A Distressful Experience with the Covid-19 Management/Contai...
12 minutes ago