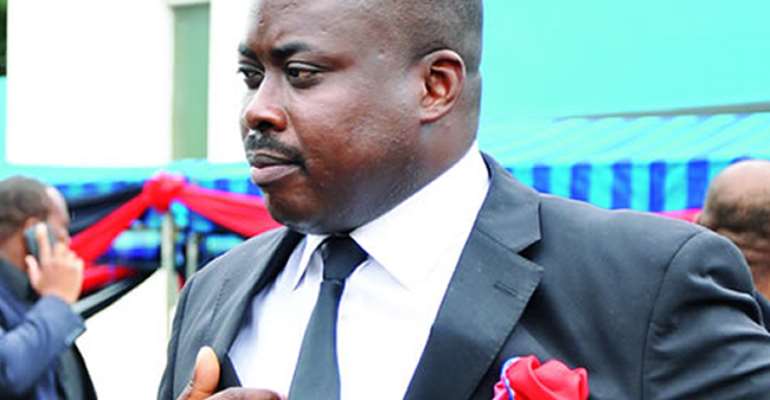 "The Wonderful Wizard of Oz" is a children's novel written by Frank Baum and illustrated by W.W. Denslow. The book was originally published in Chicago on May 17, 1900 by George M. Hill Company.

The story chronicles the adventure of a young girl named Dorothy Gale in the Land of Oz after being swept away from her Kansas farm home in a cyclone. After series of dangerous adventures, Dorothy was eventually helped by The Wizard of Oz to find her way back home.

I have always thought that witches and wizards are evil and wicked, but the story of "The Wonderful Wizard of Oz" seems to disagree. That notwithstanding, I'm yet to hear of a single good deed of witches and wizards in Africa, and would like to agree with the lyrics of one of the songs of A.B. Crentsil which says that Whites use witchcraft to invent aircrafts and other important gadgets to make life comfortable while the Blackman uses the same spiritual power to destroy and "pull others down."

I have heard of some interesting witches and wizards true stories in Ghana, and would like to share one with you. Many years ago, the chief and people of a certain remote village in Ghana, Domeabra appealed to government for public transport to make life a bit bearable for them, since the road leading to the village was almost unmotorable, and could not be traversed by most vehicles.

Government listened to their plea and sent them a Tata bus to ply the road between Domeabra and Oda, while arranging to rehabilitate the road. Economic activity picked up in the village and some business-minded people started making money by traveling on board the bus to buy goods in Oda to sell at Domeabra. But some people at the village seemed not happy with the progress of these business people. The bus started breaking down under strange circumstances other than the normal breakdowns associated with bad roads.

The bus driver and his conductor observed that the engine of the vehicle became exceedingly hot even before they began work around 5 a.m., signifying that the bus had been used while they had slept. They, therefore, woke up at 1.30 a.m. one day to investigate. About two hundred metres from where the bus was parked, they heard the horn of the bus blowing; they became curious and doubled their steps. About fifty metres away, they heard the engine of the bus running. Baffled with what was going on, they rushed to the scene, and you can't imagine what they saw! The bus was filled with goats, with some jumping on the steering wheel causing the horn to blow! Chai, were they Wicked Wizards of Domeabra? That is Africa for you.

The driver and his conductor did not hesitate to send a report of what they witnessed to their office, and the bus service was withdrawn from Domeabra at once, scuppering the growing business of the traders.

As much as the activities of these Enemies Of Progress (EOP) in the form of "human-goats" may sound incredible, there are credible evidence to show that the collapse of many companies including some financial institutions in Ghana are caused by activities of some EOPs.

During a sermon on Sunday, September 1, 2019, the General Overseer of the Action Faith Chapel International, Archbishop Duncan Williams criticised the decision of the Bank of Ghana to revoke the licences of some local banks.

"The level of insecurity, jealousy and envy in this country is amazing. Our political system is designed to enhance jealousy and envy. We have become a society of bringing down one another," he fumed.

The host of Metro Tv's "Good Evening Ghana," Paul Adom Otchere who is perceived as a sympathizer to the Akufo-Addo led government, shocked viewers of his show sometime this year when he supported Archbishop Duncan Williams stance on the collapsed banks, and this was what he said:

Paul must have been possessed by the spirit of his namesake, Paul of Tarsus in the New Testament of the Holy Bible to speak the truth. And yes, I agree with him that we have to change such acts of envy, hatred and wickedness in this country, but we can never make any headway on that if we fail to change the architects of these fiendish acts on December 7, 2020.