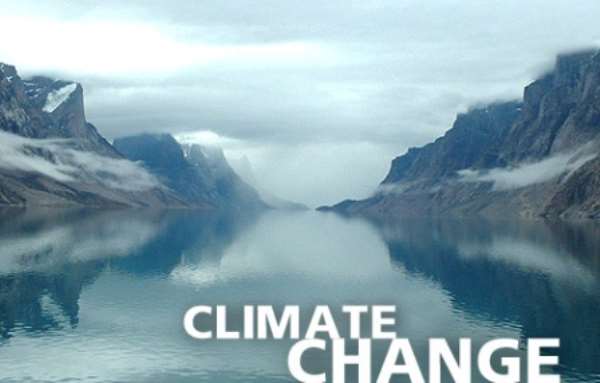 “It’s time the government told the public about the impact climate change will have on our future and the economy.” - Katta O’Donnell, The Guardian, Jul 24, 2020

While coronavirus ravages life, dominates policy and clouds debate, that other pressing issue of addressing climate change has moved into a more modest gear. That has not prevented some bubbling activity from taking place on the matter of litigation. While climate change law suits remain in their swaddling clothes, some shape is discernible. In countries where fossil fuels remain sovereign, legal actions have focused on restricting or preventing the approval of projects and holding companies accountable on environmental risks associated with their activities.

Short of the bare fisted force of legal action, people’s tribunals, community bodies and petitions have tended to urge change in the field, drawing attention to the predations of climate change policies. In December 2005, for instance, Sheila Watt-Cloutier filed a petition on behalf of the Inuit with the Inter-American Commission on Human Rights claiming that US climate change policy had breached their human rights. As she stated at the time, “A declaration from the commission may not be enforceable, but it has great moral value…. Protecting human rights is ground occupied by both reasonable governments and civil society.”

In April 2019, the Australian legal firm Corrs, with unintended punning, predicted a “third wave” of climate change litigation. “In that wave, investors will seek to recover their losses from directors, auditors and advisers who have not confronted climate change risks.” Communities affected by the vicissitudes of climate change would also “litigate to try to force action by government and the largest emitters, and to seek damages from those they think might be held responsible for contribution, inaction, and obfuscation.”

In December 2019, a galvanic jolt passed through the field of ecological justice with a ruling by the Netherlands’ highest court in Urgenda Foundation v. Netherlands. The Dutch Supreme Court upheld the decision of the appellate court affirming the original decision that the government cut its greenhouse gas emissions by at least 25% by the end of 2020 (compared to 1990 levels). While the Dutch State did not disagree with the threat posed by climate change, their argument rested on the primacy of political decision making: it was up to political representatives to decide on the levels of reduction.

In their judgment approving judicial scrutiny of such governmental actions, the justices noted that inadequate action in addressing climate change posed a “risk of irreversible changes to the worldwide ecosystems and liveability our planet” with a “serious risk that the current generation of citizens will be confronted with loss of life and/or a disruption to family life… that the State has a duty to protect against.” The European Convention of Human Rights reaffirmed the State’s obligation “to protect the life and the right to private and family life of its residents”.

The ruling gave Michelle Bachelet, the UN High Commissioner for Human Rights, enough to suggest that “a clear path forward for concerned individuals in Europe – and around the world – to undertake climate litigation in order to protect human rights” had been made. “The potentially devastating effects of unchecked sea rise, heat waves, uncontrollable forest fires, hurricanes and other growing emergencies must spur us all to demand courage and decisiveness by Governments everywhere in responding to these threats.”

As of January 2020, the number of climate change cases filed was recorded at 1,444. A climate change litigation update furnished by Norton Rose Fulbright noted in February this year that suits had “been filed in 33 countries, in addition to cases brought in regional or international courts and commissions. The vast majority of these cases continue to be commenced in the United States (US), followed by Australia, United Kingdom, European Union, New Zealand, Canada and Spain.”

On July 22, university student Katta O’Donnell filed a civil action in the Australian Federal Court that may find itself in the same league as Urgenda, albeit with a somewhat more corporate flavour. She wished, in her words, to put the government “on trial for misconduct”. The action makes the dangers of climate change, and a state’s obligation to inform investors of those dangers, a central theme. “At all material times,” the action observes, “there has existed a significant likelihood that the climate is changing, and will continue to change, as the result of anthropogenic influences.” To that end, “Australia is materially exposed and susceptible” to the risks posed by climate change.

Such risks loom large for the investor – in this case, the investor who seeks to trade in government bonds, a market in Australia worth A$700 billion. Such considerations “can have a serious material impact on a decision by an investor to invest in Sovereign bonds and on the value of Sovereign bonds.” In lending money to the government, investors were entitled to be appraised of these risks, being “material to [their] decision to trade in exchange-Australian government bonds (e-AGBs)”. In “failing to disclose climate change risks to investors,” claim O’Donnell’s lawyers, “the Commonwealth of Australia is accused of breaching its duty of disclosure and misleading and deceiving investors.” The requisite standard of care and diligence was therefore not met. “The standard is equivalent to the legal standard imposed on company directors in Australia.”