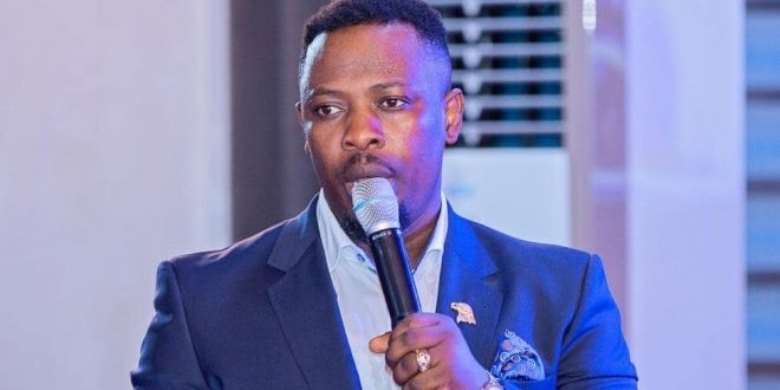 People who have better things to do with their lives and talents will not go about claiming that God has spoken to them to tell others that they are possessed of evil spirits. Such people might be suffering from clinical delusion or schizophrenia and hearing voices. If there is any truth in what they claim, their God should not find it difficult to utilize the many social media platforms to communicate directly his selection of witches and demons and devils in the society, even if he finds his omnipotent power to be insufficient to communicate en masse by shouting from above.

We can understand if God wants to communicate privately to all these mentally deranged men of god; but if he tells them to tell us anything, his message ought to be directly heard by everybody, otherwise it becomes mere hearsay; it must be subjected to strict proof and scrutiny under the rubrics of that complex rules of evidence, especially where the very lives of others depend on it.

For one thing is sure that these messages often come to people who are academically and mentally incompetent, having mostly failed all their school exams; or having mostly failed to find an honest job to do in life, or having mostly failed in all their endeavors in life. All of a sudden, people in this grim social and economic bracket find their comfort zone in religion as a last resort, and claim to hear voices from God! It seems to me that God is only interested in the worst breed of the population as vessels for his work…….those prone to hallucinations on account of their failures and frustrations in life.

And in this instance, they are no different from those prophets mentioned in the holy books: When Moses was exiled from Egypt, he found himself reduced from the princely life to herding sheep. That was an opportunity for him to see a vision of burning bush, and to lead his people to eventual destruction in the wilderness. It is also not difficult to see that today, our mates that regularly failed their exams found refuge in God to become his deputies. God therefore seems to love those who fail in life, and that is no news.

What is news is that venerable citizens make themselves vulnerable and gullible to all these mountebanks who hear the voice of God. If you consider our own President’s praise of Owusu Bempah after winning the presidency, you should understand the influence and power of these impostors. And if you consider the intention of the President to build a National Cathedral regardless of all the multifarious problems confronting the nation, we should be humbled by the overweening power of these failed individuals who have now come to be known as spokesmen of God.

But underlying all these pinheaded recognition of these raconteurs is the tax-free thing. Once you are able to claim that the deity speaks to you, you can set up a church of your own and claim tax free. So not only are you able to con a lot of money from the poor and needy through chicanery, but now this income becomes tax free. And you are not required to do anything in return for the country. In fact, you can purvey ignorance to these people to drink your urine or bathwater. You can convince them to speak gibberish or dance in frenzy all day long. You can convince them to have faith in your ability to read and interpret all holy books to them even if you failed all your comprehension and writing exams. You can tell them that their family members are witches and convince them to beat or burn their grandparents as occurred recently in Kataba in the Savannah Region. And you can exclude them from their responsibilities to be blamed for their actions. If they commit crimes against the society, you can tell them that they are forgiven through some alien blood that was spilled on a cross two thousand and twenty years ago. You can tell them to have faith in God, which simply means having faith in the pastor/minister. You can tell them to jettison whatever they have learned in school or in life and to follow your instructions without questions. You can indeed deceive the people and rip them off and be rewarded for their faith and ignorance. What is more, you can restrain them from their daily productive lives by keeping them in church and talking trash to them.

In effect, there is no worldly use for these parasites and saprophytes who are eating freely because of a God whose existence they can never prove, and whose standards and ethics they can never know. The state has supported their parasitism and elevated these crooks to the pedestal of preferential treatment, allowing these impostors to determine the direction of this nation. They have no responsibility to show any evidence of their contacts with God. They don’t have to show any special moral code. In fact, nobody requests of these people to demonstrate any smidgen of morality. They are not held to any accountability or responsibility for instigating their minions to kill, abuse or neglect their mothers, wives or sisters….for substituting themselves with family members in the payment of remittances.

We are helplessly watching these people invade the population with their toxic ideas and useless prophecies. The more they teach us, the more we acclaim them. And of those of us masses who follow these pretenders, Dr. Mensah Otabil, himself one of these confident tricksters, has aptly described as foolish born-again Christians who love to be deceived. He is right that if he doesn’t deceive them, others will!

One of my best friends foolishly stated that we should leave spiritual things to these spiritual people because we cannot use reasoning to determine the will of God. It therefore follows that we can only use our reasoning intermittently or stop using logic and reasoning altogether whenever we come into contact with the words of God as communicated by these men of god.

And all to whose advantage? In their interest, we have to jettison our brain and follow them like sheep without question. They in turn will claim the spiritual wherewithal to interpret a book which is readable to all of us. They will choose which portion to explain and to emphasize, deciding to highlight only those portions that favor them the most: Do not speak against God’s anointed. Bring ye all the tithes into the storehouse. Unless you are as obedient as these little children, you cannot inherit the kingdom of God. The gospel has been revealed to the foolish and hidden from the wise…….

All these, notwithstanding that our economy is in tatters and that our country is saturated in corruption and ineptitude. We are merely producing parasites and putting them beyond the tax net, whereas the fishermen, the farmers, the teachers, the miners and the builders and carpenters and laborers support all these people with their sweat and enterprise. These should also form organizations and claim to be religious bodies in order to claim tax exemption status. And let’s see what happens to the country!

What about the Trade Unions saying that they are now churches believing in the Trade God? When every organization becomes tax free by transforming into a religious entity, we will know what this religious foolishness will lead us to.

We are not a serious country; are we? And so why should it matter to us that we are so inept and corrupt? If we have willingly mortgaged all our abilities to think or reason, how can we at the same time fight superstition and corruption from our midst? Knowing fully well that as far as we are making the religious industry the most profitable industry in the world, we are merely promoting corruption and superstition within a hopeless religious economy! In that kind of religious economy, it is the witches, dwarfs, demons, and leprechauns who are to blame for our economic woes; and all the rest of the crooks are forgiven and exculpated by an alien blood that makes us so clean after sinning so much!