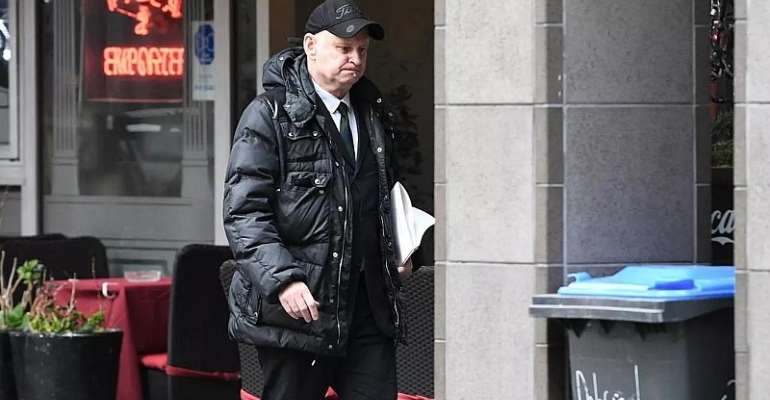 Christophe Girard, a senior member of the Paris city hall team, with responsibility for culture, has resigned after protests about his links with French author Gabriel Matzneff, who is under investigation for rape of minors.

A probe was launched earlier this year into allegations against Matzneff, following the publication in 2019 of a book by author Vanessa Springora, in which she describes a damaging sexual relationship with Matzneff, which she says began when she was 14 and he was 50. He is now 83.

Christophe Girard was questioned in March by investigators, about his time as Secretary General of the couture label Yves Saint Laurent in 1986-7. The couture house gave financial support to Matzneff during the 1980s, according to the accounts of other people who have been interrogated.

Christophe Girard resigned from his culture post on Thursday, after several dozen protestors had gathered outside City Hall during the first meeting of the Paris Council since the June elections, waving placards calling for his resignation.

Among those protesting and calling for him to go was a councillor for the EELV Ecology party, Raphaëlle Rémy-Leleu. She said it was “not enough to have no criminal record, you should also have ethical and moral qualities. His support for Gabriel Matzneff disqualifies Girard from holding this sort of responsibility”.

Ecologist and feminist representatives on the council had already written to Socialist mayor of Paris, Anne Hidalgo, asking her to suspend Girard and instigate an internal enquiry into the nature of his connection to Matzneff. Elected Green party officials in the City Hall have also refused to be photographed or publicly associated with Girard for some time.

They released a statement after Girard's resignation, saying that the he had taken the best decision to protect the city and its elected officials in view of the “untenable situation”.

Paris Mayor 'disgusted'
Socialist Mayor of Paris, Anne Hidalgo did not hide her anger in a tweet. She praised Girard's “courageous decision” but condemned those who had called for his resignation, writing: “I am disgusted. What sort of democracy do we live in where rumours, generalizations and suspicions trample on the rule of law? Total support for my friend Christophe Girard.”

Girard himself issued a communiqué explaining his decision to resign.

“I am 64, I have a happy family life and several cultural and political commitments and have absolutely no desire to pollute my life further and to spend my time permanently justifying myself about something inexistent,” he said.

Christophe Girard will stay on as councilor for the 8th arrondissment of Paris, a position to which he was elected in June.