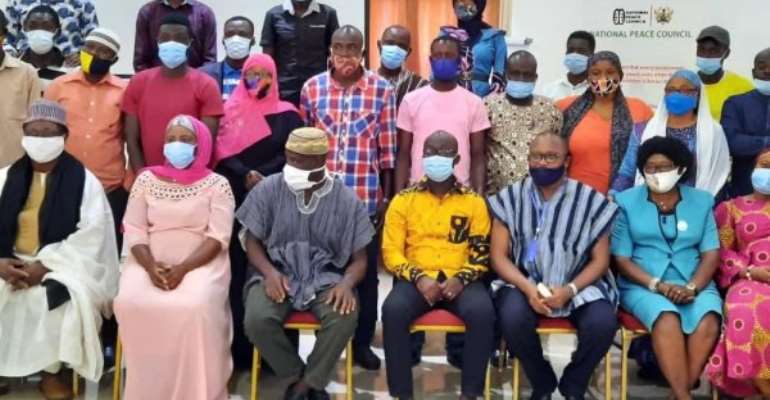 The country's youth have been advised to adopt the floating voter strategy to ensure that they used their influence to strike deals with political parties, which will promote their interests when they win.

Dr Al-Hussein Zakaria, a Member of the Northern Regional Peace Council, who gave the advice, said the youth should form big youth groups and use their numbers to demand favourable policies that would improve their circumstances rather than selling themselves to politicians, who would manipulate them to engage in violence.

He was speaking during the closing of a two-day workshop to create awareness through advocacy campaigns on Vigilantism and related Offences Act, 2019 (Act 999), and the Roadmap and the Code of Conduct, which are the outcomes of almost a year's dialogue between the New Patriotic Party (NPP) and the National Democratic Congress (NDC).

The workshop, which ended in Tamale on Wednesday, was organised by the Northern Regional Peace Council with support from the government.

He said “Do not say that you are NPP youth or NDC youth else they (politicians) will finish you. Say that you are youth, who are into business or projects. Do not identify with political parties.”

He said this strategy would keep the politicians running after them (youth) rather than they running after politicians, adding “This way, you will remain relevant in Ghana politics, politicians will chase you instead of you chasing them and be given toilets to manage.”

Father Thaddeus Kuusah, Executive Secretary of Northern Regional Peace Council said poverty was one of the drivers of political vigilantism, emphasising the need for state institutions and civil society organisations to engage the youth in skills training initiatives to empower them with self-employable skills to earn living.

Mr Mohammed Mutala, Acting Assistant Secretary of Kandahar Boys lauded the advice for the youth to form big youth groups with business motives and called for support for them to engage in lucrative ventures to end youth violence in politics in the country.

Mr Ahmed Yamba, Secretary of Moshie Zongo Youth, said he had learnt a lot during the workshop and would share the knowledge with members of the group to implement the ideas for meaningful activities.

Other participants expressed the need for political will and adequate resourcing of the security agencies to enforce the Vigilantism and Related Offences Act, 2019 (Act 999) to ensure violence-free elections.