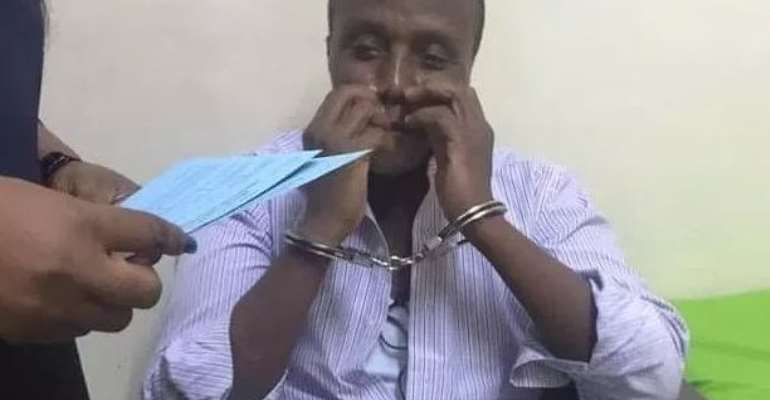 The Criminal Division of the Accra High Court is expected to on Wednesday, July 29, 2020 fix specific dates in October to commence the murder trial of Gregory Afoko and Asabke Alangde.

Afoko and Alangde have been charged for the murder of the late New Patriotic Party’s (NPP)Upper East Regional Charman Adams Mahama, somewhere in 2015.

They have both pleaded not guilty to the offence and are currently in prisons custody awaiting the trial to commence by way of the state calling its first witness.

In court on Wednesday, the court presided over by Justice Merley Afua Wood adjourned the case to July 29, 2020 for dates to be taken in October to start the trial.

This means he trial will commence in the new legal year as the courts begin a two months Legal Vacation from August 1, 2020.

When the case was called, lawyer Agyenim Agyei Boateng holding Lawyer Osafo Buabeng’s brief for Afoko told the court that “concerning the letter which was to be written to the Chief Justice, counsel in this matter is of the opinion that due to the current measures taken by the Supreme Court and in particular the Chief Justice (on Covid-19), it is more likely that the appeal against the refusal for the grant of bail will be heard at the Court of Appeal before we hear a response from the CJ for an expedited trial.

Counsel, he said “is therefore satisfied in taking dates for trial in October.”

Ms Lilly Atutiga, a State Attorney representing the Attorney General said “between now and October anything could happen with regards to Chief Justice’s directives on (Covid-19 regarding movement of remand prisoners), so we are in the court’s hands.”

EIB Network’s Court Correspondent Murtala Inusah reports that the accused persons who are currently on remand were absent from court while two members of the jurors were also absent from the sitting.

Afoko is one of the two men alleged to have conspired to kill the Upper East Regional Chairman of the New Patriotic Party (NPP), Alhaji Adams Mahama in 2015.

On March 14, 2019, Accra High Court, presided over by Justice George Buadi, admitted Afoko to bail in the sum of GHc500,000 with two sureties, one of whom must to be justified.

However, on July 15, another High Court, presided over by Justice Merley Afua Wood, a Justice of the Court of Appeal sitting as a High Court judge rescinded that bail that was granted to Afoko.

The court that is hearing the fresh case rescinded the bail after upholding the arguments by the prosecutor, Ms Marina Appiah Opare, a Chief State State Attorney.

A seven-member Jury has been empanelled.

Alhaji Mahama suffered severe bodily injuries after a substance suspected to be acid was allegedly poured on him in front of his house in Bolgatanga on May 20, 2015.

He later died from the injuries at the Bolgatanga General Hospital.