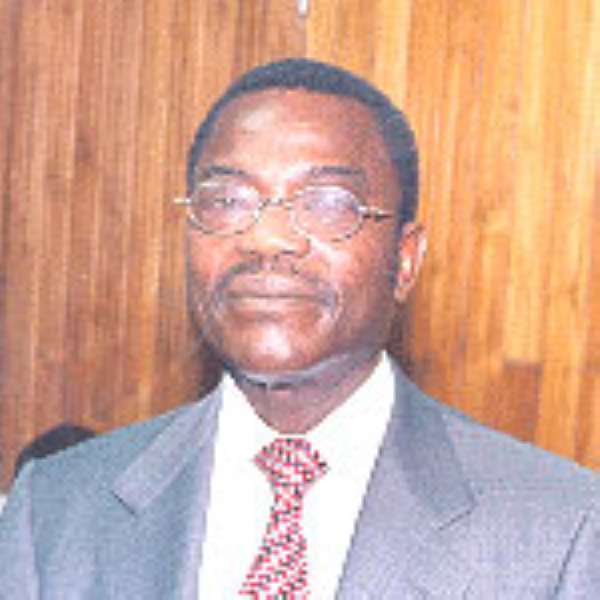 Central Bank Governor, Dr Paul Acquah today said the real sector of the economy in the first half of the year was robust in spite of the rising petroleum prices on the world market and its effect on domestic fuel prices.


Speaking at a Press Conference on the assessment of developments in the economy by the Monetary Policy Committee (MPC), Dr Acquah said economic fundamentals had remained sound with economic activity at high levels while business and consumer confidence in the economy remained generally positive.

The Bank's Composite Index of Economic Activity increased by 9.8 per cent in real terms (year-on-year) above the trend growth rate of 8.8 per cent. "All components of the index increased with the exception of cement sales, industrial consumption of electricity and imports, which recorded levels marginally below those of the first quarter," he said.

Also real sector indicators such as manufacturing sales, job vacancies, tourist arrivals and the number of private sector contributors to Social Security and National Insurance (SSNIT) rose in the second quarter of the year compared with the previous quarter.

Dr Acquah, who is also the Chairman of the MPC, however, cautioned that there was the need for vigilance about how the increasing cost of oil on the global market was managed at home, especially the potential pass through of its effect into domestic costs and prices against the backdrop of uncertainties in wage settlements.

"Vigilance is required in this context because of its potential impact on inflation and also growth. This is also important because the economy is now in the phase where the objective of low and stable inflation has been essential in the strategy of building a growing economy entrenched in sound macroeconomic conditions," he said.

On credit to the Private Sector and public institutions, Dr Acquah said it improved by 1.9 trillion cedis to 20.7 trillion in the first two months of the second quarter.

The Private Sector accounted for 93 per cent of the credit growth during the second quarter, mainly to commerce which absorbed 51.9 per cent followed by the services 14.9 per cent, manufacturing 14.3 per cent, import trade 12.4 per cent and Agriculture 5.8 per cent among other things.

Dr Acquah said the high level of credit to services was also reflected in the trend in job vacancies advertised, which indicated a total of 4,517 jobs were advertised, an increase of 12.4 per cent compared with 4,019 vacancies during the same period last year. Education, wholesale and retail, transport and communication accounted for 84 per cent of the job vacancies while the Industrial Sector accounted for 15.1 per cent. The preferred skills were professionals and technicians, followed by sales and other service workers.

On the other hand statistics from the Labour Department indicated that a total of 2,435 workers lost their jobs due to rationalisation and restructuring in the first half of the year compared to 3,430 workers during the same period of 2005.

Dr Acquah said the banking system remained liquid, well-capitalised and stable with assets amounting to 42,269.7 billion cedis as at the end of May 2006. He said the quality of the banking system assets remained relatively high and improving as the ratio of non-performing loans to gross loans continued to decline reaching 12 per cent in May.

Dr Acquah said the increased entry had introduced greater contestability and competition, which had led to reduced spreads and cost of funds to borrowers.

"Of the total import growth for the first two quarters, intermediate and capital goods accounted for 84.9 per cent, underscoring the fact that a greater proportion of the import growth went to the productive sectors of the economy."

Consequently, the overall balance of payments recorded a surplus of 261.6 million dollars over the first half of the year compared with the deficit of 282.8 million dollars recorded for the same period in 2005.

Dr Acquah said the MPC had decided to maintain the prime rate 14.5 per cent given the strong fundamentals and the prevailing macroeconomics conditions.