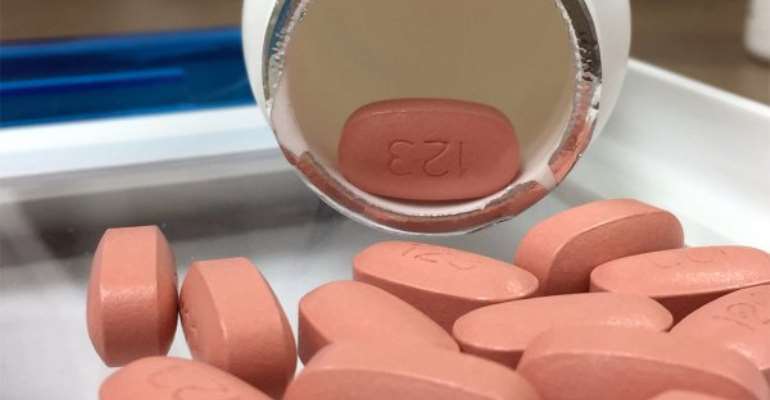 The Non-State Actors for Health and Development (NSA-Ghana) has appealed to Government, to as a matter of urgency, intervene to ensure adequate availability of antiretroviral (ARV) medications for persons living with HIV and AIDS (PLHIVs).

The NSA-Ghana, said their checks around the country and with PLHIVs had shown that there was currently shortages in the ARVs, the medicines people infected with HIV depend on to live.

The ARVs is also said to help halt the spread of HIV if used as Pre-Exposure Prophylaxis (PrEP).

A statement issued and copied to the Ghana News Agency in Accra by the NSA-Ghana and signed by Mrs Cecelia Senoo, its Spokesperson, said all the COVID-19 gains that Ghana had attained including being one of the few countries that had emerged as having dealt with the pandemic effectively, would be eroded if strategic efforts were not made to increase supply of the ARVs in the country.

“Cited multiple times by key entities including the World Health Organization (WHO) for this and having taken the bold decision to lift partial lockdown when many would not have, Ghana showed both boldness and effectiveness in managing the COVID-19 crisis.”

“Unfortunately the gains will be overshadowed if the country does not act swiftly to address an equally important matter, namely, the unavailability of adequate supply of Anti Retro Viral medicines”.

ARVs are not only life-saving medicines for persons living with HIV but they are equally important in halting the spread of HIV when used as both Post Exposure Prophylaxis (PEP) and Pre-Exposure Prophylaxis (PrEP). Therefore, adequate supply of these commodities cannot under any circumstances be compromised, the statement explained.

The NSA-Ghana explained that the country had been managing its HIV epidemic with ongoing support from two main donors to HIV programming in Ghana, namely, the Global Fund for AIDS, TB, Malaria (GF-ATM) and the President's Emergency Plan for AIDS Relief, (PEPFAR).

These support have enabled the country to continue to make strides in its effort to reaching epidemic control by 2030.

“Unfortunately, despite all these strides, a major hurdle continues to stand in the way of ensuring the last mile to reaching HIV epidemic control is achieved and this is the inability of the government of Ghana to adhere to its co-financing obligations in a timely manner”.

The NSA-Ghana said the co-financing obligation amongst others, required the government to procure a certain number of commodities within a Global Funds' grant cycle, commodities that include life-saving medicines or ARVs.

It said for some time now, Ghana, had not been able to adequately fulfil the obligation and as a result, “not only do we sometimes experience periods of extremely low stocks of ARVs, but we totally run out of them”.

The consequences of shortages in ARVS may lead to drug resistance building up in persons living with HIV, which also could lead to potential deaths.

There would be difficulties in enrolling newly identified PLHIV onto treatment, while the HIV programming gains made over the years would be negatively impacted.

Evidence based strategies that were to help the country reach HIV epidemic control could not be implemented while donors would lose trust in the country, which could also lead to drastic reduction of their support to Ghana, creating a credibility crisis.

“Having showcased leadership in other areas as well as the boldness needed to take on challenges for the good of Ghanaians, the government equally needs to ensure that the country can take control of its HIV epidemic by remaining a serious partner to its key donors such that adequate supply of HIV commodities is assured at all times to save lives and to contribute effectively to the last mile in reaching HIV epidemic control”.

Government must issue letters of credit to suppliers to ensure the immediate delivery of commodities that were to have been procured in December 2019, the statement said.

NSA-Ghana is a national level advocacy network, consisting of corporations, media organizations, private businesses, lobby groups, religious groups, traditional leaders and non-governmental organizations whose vision and mission, is to have improved health outcomes for the majority of Ghanaians especially the marginalized and vulnerable.

Meanwhile, a World Health Organization (WHO) survey has shown that 73 countries are facing risks of running out of antiretroviral (ARV) medicines due to pandemic-related issues, the organization announced.

Of those countries, 24 said they either have critically low amounts of ARV drugs or have encountered disruptions in obtaining them.

The WHO said that last year, an estimated 8.3 million people had access to ARVs in those countries, which accounted for approximately 33 percent of all people on HIV treatments globally.

“A failure of suppliers to deliver ARVs on time and a shut-down of land and air transport services, coupled with limited access to health services within countries as a result of the pandemic, were among the causes cited for the disruptions in the survey,” the WHO said.