“An Eye For An Eye Will Leave Everybody Blind” – Rev. Dr. Emmanuel Asante 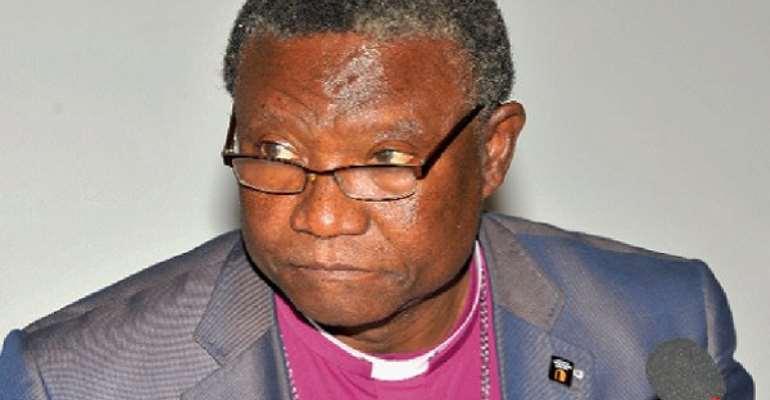 The Most Reverend Dr. Emmanuel Asante, Chairman of the National Peace Council (NPC) has underscored the need for Ghanaians to keep tempers cool ahead of the December 7, General Election.

He said, “An eye for an eye will leave everybody blind, and so let us, as Ghanaians, love Mother Ghana, and deescalate the tensions by saying and doing things that will not inflame passions. Let's learn to keep tempers cool.”

In an interview with the Ghana News Agency, Rev. Dr. Asante who was reacting to reports of violence at some voters registration centres in some parts the country, said politicians must also learn to provide leadership, saying, “At such a time like this, we look up to them”.

“...politicians who are bussing people to places for them to register should stop. It is against the law, and it won't help anybody,” the NPC Chairman said.

He expressed worry over the alleged shooting incident involving Ms Mavis Hawa Koomson, Minister of Special Development Initiatives at a registration centre in the Awutu Senya East Constituency of the Central Region and said it was important politicians acted as role models under all circumstances.

Rev. Dr. Asante reminded them of the Vigilante Act, Act 999, which made such acts punishable.

Conflict 'behind us', Ivory Coast's Ouattara says after gree...
38 minutes ago