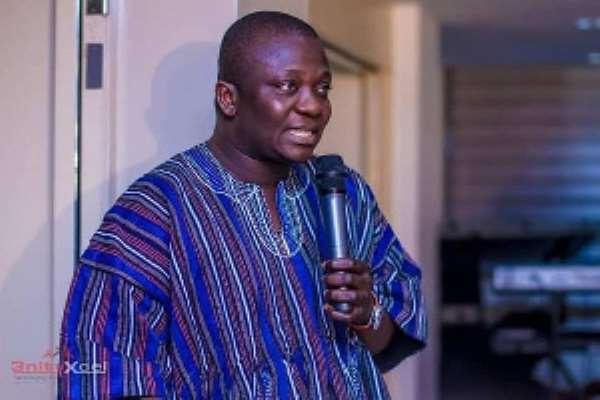 The Minister of State at the Ministry of Interior, Bryan Acheampong has reassured that the December 7 Presidential and Parliamentary elections would be Peaceful despite the violence that has marred voters’ registration exercise.

According to him, the Ghana Police Service has been reoriented and professionally positioned to apolitically deal with any electoral excesses.

“I don’t want to believe that 2020 election would be violent. Naturally, out of the 30 million people, 15 million are expected to register. For pockets of misunderstanding during election it happens everywhere but you can be sure that with the new Police mindset to deal with such issues independent of Political influence, we will have a better results and these things over time will fade out,” he told Nkawkaw base Agoo FM Tuesday morning.

He described as unfortunate the violence which occurred at Awutu Senya East Constituency involving the Minister of Special Development Hawa Koomson, as well as other pockets of violence recorded at some registration centers across the country.

“I think per what I heard and reports read, it is quite unfortunate but I have only read the initial report from one side. Police have assured to get into the bottom of the matter. When they are done, then we will be able to pass judgement.”

Mr. Acheampong who is also the Member of Parliament for Abetifi further stated that,”the cause of all these pockets of violence where people are fighting with cutlass, guns and causing confusion is because of selfish interest not in the interest of wanting to serve the people. If we move away from that mindset – and I think the people are moving from that mindset to the mindset of development, all these things will end. Broadly we are advancing as a people. We are moving away from the days where syringe bulbs were shared to electorates to vote for certain political party, to development ”

Meanwhile, Mr. Acheampong is advancing an agenda to rally all qualified natives of Kwahu blog to return to the area to register in their respective Constituencies .

He said the number of registered voters and turn out during election in a particular area is very critical to allocation of state resources and other developmental decisions.