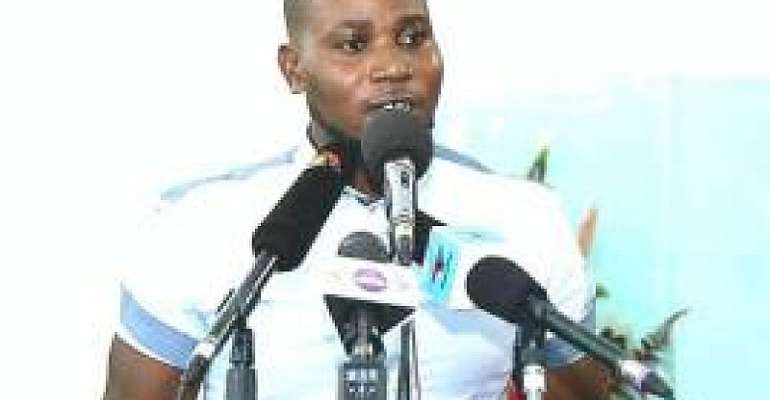 Yesterday Danquah Institute was in the news busily defending the cruel Collapse of some Banks and financial institutions.

I listened to their Executive Director Richard Ahiagbah on Eye Witness News on CitiFM making all manner of claims to justify the collapse of some banks by Akufo Addo.

Particular of those claims was that it wasn't President Akufo Addo or the Danquah Institute that ran those bank aground or mismanaged the banks and so they cannot be blamed for their take-down however reckless.

Granted, but the fundamental question which everyone has been asking which was recently amplified by the Rev. Agyin Asare is "Couldnt these Ghanaian owned Banks however weak have been saved?"

Of course not even the Chief Architects President Akufo Addo and Ken Ofori-Attah have been able to answer this multi-million dollar question and so I don't expect Richard Ahiagbah to do any a better.

1.Yes Unibank had a few managerial weaknesses just like many other banks and neither Ken Ofori Atta or President Akufo Addo was responsible for those weaknesses but, did Government of Ghana owe Unibank to the tune of GHC1billion Cedis at the time of it's collapse?

2. Were those debt owed by Government and its Agencies downgraded by the Bank of Ghana three times in a month to weaken the bank even further?

3. If those monies have been paid, would Unibank have gotten the GHC400Million to recapitalize and an extra GHC600Million to inject as Liquidity into the Bank?

4.So why didn't Government pay its indebtedness to Unibank?

Why didn't Government order its Agencies to also settle all their indebtedness to Unibank?

5. So the question Rev. Agyin Asare is asking is, was there nothing Government could have done to save the Unibank?

6. The answer is simple, there were multiple things Government could have done to save Unibank and if it deliberately refused to do all that then it only means one thing....

The government was determined to Collapse Unibank it only needed a reason on paper.

Is it true Government was owing GN bank and Royal bank to the tune of 2.2billion?

8.Why didn't Government pay those monies to them?

9. Is it true Government was owing Contractors who had borrowed monies from GN bank to execute Government contracts?

10. Is it true Government deliberately refused to pay these contractors?

11. Is it true Bank of Ghana then went to GN bank and force it to write those loans given to Government contractors off?

12. Was it not a Government decision not to pay these Contractors or that was also the fault of the managers of the bank or the shareholders of the banks?

13. If any manager or shareholder has mismanaged his bank, does the law says you should collapse the bank?

14.Doesn't the law provide multiple actions which can be taken to restructure and strengthen the bank?

15. So the decision to collapse the banks was SOLELY a Government call and neither Richard Ahiagbah or the talkative Governor of the Central bank can convince anybody otherwise.

The decision was CRUEL, RECKLESS, WICKED, and borne out vile ENVY as stipulated by Rev. Charles Agyin Asare.