Intricacies of the Socio-economic Impact of Mining in Africa 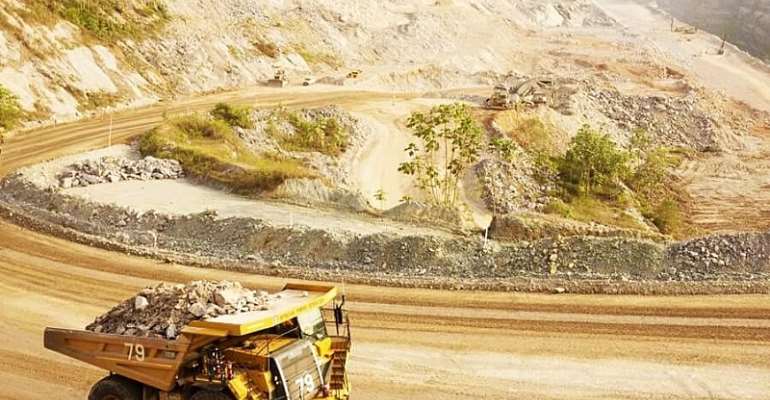 With more than 30% of the world’s mineral reserve, mining on the African continent dates back to the 15th century – currently, mining industries in Africa produce more than 60 different metals: copper, diamond, gold, gemstones, platinum, aluminium, bauxite, manganese, coal, iron ore, nickel, lead and zinc are a few of the highly sought after minerals on the continent. Mining improves the economic output of African countries – as highlighted by the International Finance Corporation (IFC), over 50% of countries in Africa export mineral commodities with minerals accounting for more than half of the export revenue of countries such as Democratic Republic of Congo, Guinea, Botswana and Mozambique. Excessive reliance on mineral resources for economic growth at the expense of agriculture and rural development has neglected about 85% of poor households in rural communities. Over reliance on mineral resources have detrimental socio-economic and environmental effects in Africa - for instance in comparing Resource-Rich Countries (RRC) to Non-Resource Rich Countries (NRRC) in the region, the World Bank, asserts that life expectancy is 4.5 years shorter in RRC, literacy rates are 3.1 percentage points lower in RRC, malnutrition among women and children is more pervasive in RRC, incidence of domestic violence is higher by 9 percentage points in RRC and voice and accountability measures are weaker in RRC. However the contributions of the mining sector has been essential to the socio-economic growth of countries in Southern Africa, providing employment, investment, revenue to government and infrastructure – in South Africa, the mining of gold has played a significant role in the development of the Johannesburg-Pretoria metropolitan area, the country’s economic and financial hub. According to a World Bank report published in 2019, the world’s richest mineral deposits can be found in Southern Africa – it is estimated that non-energy mineral deposits in South Africa is worth more than $2.4 trillion. Excluding petroleum reserves, South Africa is the wealthiest mining jurisdiction in the world.

However, the mining sector is not a major contributor to the economy for all countries in the region - in Namibia and Eswatini the mining sector accounts for 13% and less than 1% of GDP, respectively. Whiles Namibia is a major producer of zinc, uranium, diamonds and gold with the mining sector contributing 51% of total exports, Eswatini produces diamonds, gold and coal in small quantities although other mineral deposits such as arsenic, copper, manganese and thin have been discovered in the country. Other countries in Southern Africa such as Lesotho and Zimbabwe have large reserves of mineral deposits – Lesotho has reserves of high grade diamonds with a 910 carat gem, the fifth largest gem-quality diamond in the world. With diminutive investment in mining, the sector employs 0.7% of the workforce, accounting for 8% of GDP and less than 1% of exports.

Zimbabwe’s mining sector also has some of the richest deposits in the world as the country has about 4000 gold deposits with 90% in greenstone belts and the second largest deposit of platinum-group metals (PGM) in the world - South Africa is the largest producer of platinum with the country holding 80% of the world’s reserves. South Africa is also the second largest producer of gold in Africa. The mining sector serves as a key source of revenue for governments in Africa – in Ghana, Mali and Tanzania, Africa’s first, third and fourth largest producers of gold, governments in these countries generate revenue from the mining of gold through profit taxes, property rate, royalties, ground rates, excise and import duties. Between 2001 and 2013, governments in these three countries recorded a significant increase in revenue from the mining of gold but a fall of 28% in the price of gold in 2013 on the international market after the price of the commodity reached its peak in 2011 reduced revenue accumulated from the mining of gold – Ghana, Mali and Tanzania received an annual average of $300 million, $362 million and $137 million, respectively from gold mining between 2005 and 2013.

Evidently, the mining sector is an indispensable integrant in the growth of African economies but the benefits received from mining comes at the expense of the social and environmental system. Lack of data has limited the authoritative conclusion of the social impact of mining on the continent. The World Bank cited limited data as a challenge in a research that examined the socio-economic impact of mining in Mali, Ghana and Tanzania. Although Mali had a reliable source of data on socio-economic indicators, Ghana and Tanzania did not have this data resource.

In another study conducted by the German Institute of Global and Area Studies (GIGA) to determine the social impact of Chinese-controlled mining in 38 Sub-Saharan African countries between 1997 and 2015, the outcome of the research shows that Chinese investments in the mining sector is linked with the development of infrastructure such as improved access to piped water and paved roads within the resource-extraction regions but these Chinese-operated mines do not generate job opportunities for the local communities as they rely largely on Chinese labour force. Conversely, non-Chinese mining operations have significantly reduced unemployment in mining towns – this condition has intensified the indignation of local communities with proximity to Chinese-controlled mines, in spite of the commitment Chinese-controlled mining companies exhibit to local communities in the form of corporate social responsibility.

Alexander Ayertey Odonkor is a chartered financial analyst and a chartered economist with a stellar expertise in the financial services industry in developing economies. Alexander has carried out the International Monetary Fund’s (IMF) program on Financial Programming and Policies – with a master’s degree in finance and a bachelor’s degree in economics and finance, he also holds a postgraduate certificate in mining from Curtin University.

Emmanuel Amoah-Darkwah is an economist with specialization in economic policy analysis and an ambassador for the United Nations' Sustainable Development Goals. Emmanuel’s work has been covered by the BBC, Bloomberg, CGTN, CNBC Africa and other major domestic news outlays in Africa.