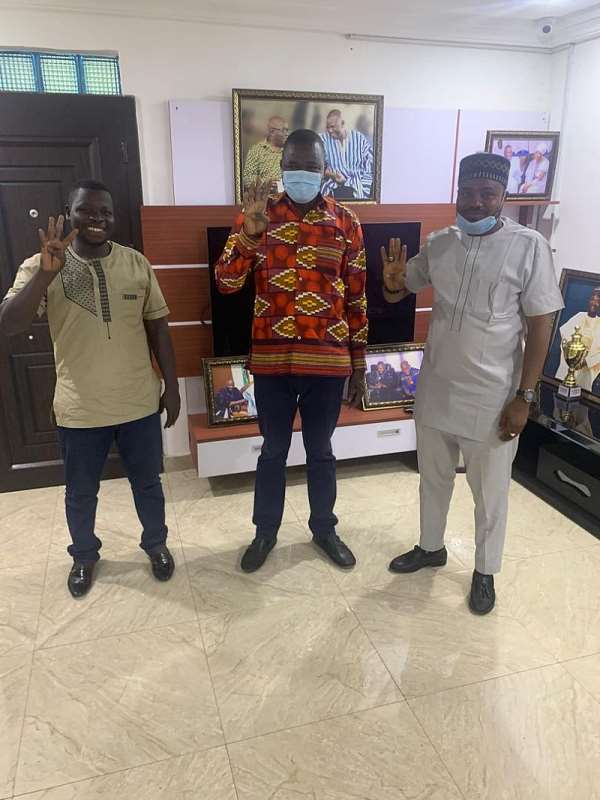 As part of the strategies put in place by the hardworking Northern Regional Chairman of NPP to deliver more seats to NPP in the region, Mr. Mohammed Samba negotiated for Mr. Nbanyun Nnaye Philimon, the 2016 Parliamentary candidate for Mion constituency and his entire community to cross carpet to the ruling NPP.

Mr. Nbanyun Nnaye Philimon hails from Sakpe in the Mion constituency who recorded 913 votes in the 2016 general elections.

Mr. Philimon said Mr. Samba's softhearted approach and respect for mankind is an indication that his Chairmanship in the region will last beyond 4years.

He added that the choice of Mr. Aziz is a catalyst for Mion development and called on his followers in the constituency to join him to usher Mr. Aziz in Parliament come December 7th.

It can be recalled that the energetic chairman Samba promised of delivering 15 seats to the NPP in this year's election.