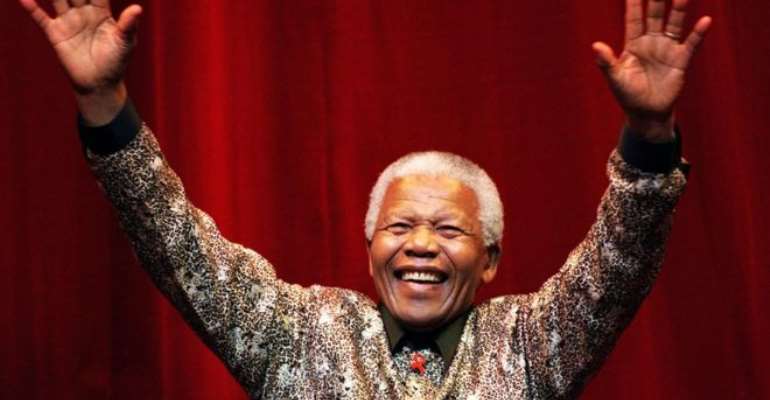 Virtual panelists on ‘’Home-grown Solutions for the Socio-Economic Transformation of Africa in the post-COVID-19 era have paid glowing tribute to Nelson Mandela on his centenary birthday.

Nelson Mandela Day, which falls on July 18, each year, has become an annual international day officially declared by the United Nations.

The day was christened by the UN in November 2009 to showcase the ‘’true symbol of human greatness,’’ celebrated on the Centenary of his birth, with the first UN Mandela Day held on July 2010.

The 2020 celebration is on the theme, ‘’Take action, inspire change and make everyday a Mandela Day.’’

Ms Amina Mohamed, Deputy Secretary-General, United Nations said Mandela has become the moral giant of the 20th Century urging all leaders to take a cue from his leadership style.

She said Mandela is a global call for action that celebrates the idea that each individual has the power to transform the world and the ability to make an impact.

The Deputy Sec-Gen said the day should remind mankind to fight for social justice urging global leaders to unite the world to fight poverty, promote peace, reconciliation and cultural diversity.

Mr Wamkele Keabetswe Mene, Secretary-General, African Continental Free Trade Area (AfCFTA) Secretariat said asked the world to stand up to Nelson Mandela’s values through volunteering and community service and shine light on the legacy of a man, who changed the 20th Century and helped shaped the 21st.

He said ‘’This is the moment for all to renew the values that inspires Mandela, absolute determination, deep commitment to justice, human rights and fundamental freedoms, a profound belief in the equality and dignity of every woman and man. A relentless engagement for dialogue and solidarity across all lines and divisions.’’

‘’In times of turbulence, he showed us the power of resisting oppression, justice over inequality, of dignity over humiliation, of forgiveness over hatred.’’

He said as the world takes forward the 2030 agenda for Sustainable Development and strives to overcome new sources of adversity, let us recall the lessons of Nelson Mandela’s life and essential humanism.