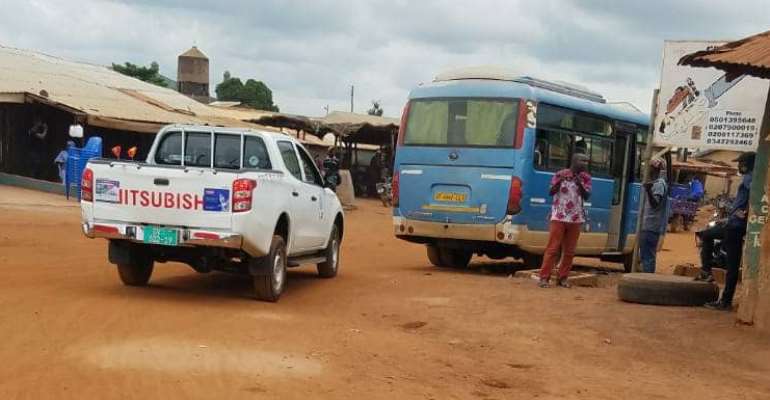 Alhaji Hairat, NDC Secretary for the Salaga South Constituency of the Savannah Region, has made some interesting revelations including allegations against the ruling NPP at the ongoing new voter registration in Salaga South.

In a press statement issued and signed by him, he revealed that the incumbent Member of Parliament for Salaga South, Hon. Salifu Adam Braimah, who also doubles as the Savannah regional Minister is busy abusing his powers by bussing strangers and foreigners to register their names and vote on December 7th.

The minister is also the Head of the Savannah Regional Security Council.

He said the action was captured on video in broad daylight through the NDC's vigilance and by the help of local people.

Here is the full statement.

STATEMENT BY NDC SALAGA SOUTH: THE DAY KPEMBE STOOD UP AND DEFENDED THE LAW

The people of Kpembe and Salaga South Constituency this morning showed fortitude and defended the law. The Savannah regional minister (Salifu Adam Braimah, MP for Salaga South and NPP parliamentary candidate for December 2020) who is also the Head of the Savannah Regional Security Council was stopped in his tracks by ordinary citizens of Kpembe and Salaga when he attempted to break the law.

He had sought to register non-indigenes and residents of Salaga South when he bused them in from Damongo. The law-abiding people of Salaga and Kpembe refused to allow the strangers to register and so at 12:35pm they escorted them out of the constituency with their heads bowed in shame. Indeed the youth of Salaga accompanied the "rigging" Yutong bus out of the constituency after they made a brief stop at Salaga roundabout where Dr. Clifford Braimah, Managing Director of GWCL, and an Uncle to the NPP parliamentary candidate handed them their "blood money".

It will be recalled that earlier in the day we had reported about the regional Minister's bussing in of people from Damongo to register in his constituency. An act that is clearly in breach of the electoral laws of Ghana. We at the NDC applaud the youth of Kpembe and Salaga for their tenacity and patriotism. Information available to the NDC is that only three out of the almost 60 people bussed in succeeded in registering. Two registered at Newmarket Centre and one at Butcher house. The NDC remains vigilant and will indeed lookout for these fraudsters on election day.