Coronavirus ‘spreading out of control’ in Hong Kong as global deaths top 600,000 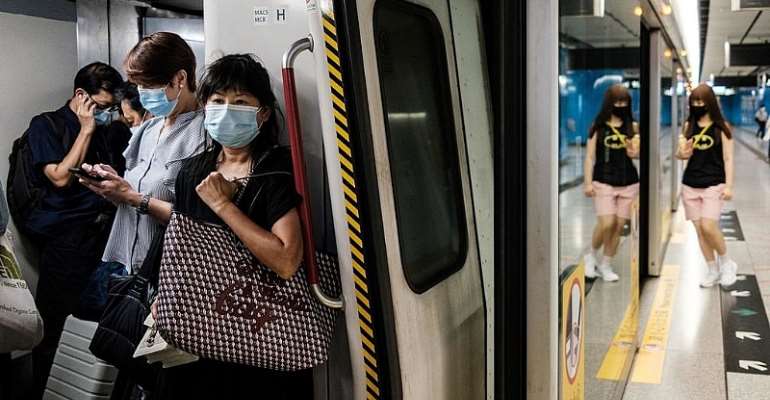 Hong Kong leader Carrie Lam has said the deadly coronavirus is spreading out of control in the region, with a record 100 new cases. The UN meanwhile has warned the virus reveals the “fragility of our world” as numbers rise in India and South Africa.

Lam said Sunday she had tightened social distancing measures in a bid to tackle the sudden increase in infections.

She also announced further regulations including plans to make it compulsory to wear masks inside any public indoor venue and a new order for non-essential civil servants to work for home.

Hong Kong had been initially successful in tackling the disease, with close to zero local transmission by late June.

But infections have shot up over the last two weeks and doctors fear the new outbreak is spreading in what is a densely-packed territory of more than seven million people.

Globally, the number of confirmed cases of Covid-19 has now surpassed 14 million, according to figures compiled by Johns Hopkins University.

The pandemic has killed more than 600,000 people since it surfaced in China late last year.

Coronavirus reveals “fragility of our world'

Speaking on the 102nd birthday anniversary of the late Nelson Mandela on Saturday, Guterres said coronavirus had revealed the "fragile skeleton" of societies and could push 100 million people into extreme poverty.

"We have been brought to our knees - by a microscopic virus," he said. "The pandemic has demonstrated the fragility of our world.

"Entire regions that were making progress on eradicating poverty and narrowing inequality have been set back years, in a matter of months.”

Guterres's comments came as the World Health Organisation reported a single-day record of new infections - over 237,000 in the 24 hours leading up to Saturday.

The largest number of new contaminations were recorded in the U.S., Brazil, India and South Africa.

In India, the number of confirmed cases has now surpassed the 1 million mark, making it the third worst-hit country in the world behind the U.S and Brazil.

In sub-Saharan Africa, which already had the world's greatest shortage of medical personnel, nearly 10,000 health workers in 40 countries have been infected with the virus, WHO said.

More than half of those infected workers are in South Africa.

The country has registered 13,373 new cases bringing the total to more than 300,000: the highest on the African continent.

More than 4,500 people have died of the virus since March.

President Cyril Ramaphosa put the country into lockdown on 27 March when it had only 400 cases and no recorded deaths.

The government later eased restrictions, fearing for its struggling economy. But as cases increased once more, it re-introduced the alcohol ban and night curfew a week ago.

Charles Robertson, a senior economist who has been closely tracking the coronavirus, told Reuters that despite South Africa's impressive early action “What became clear is that lockdowns don't work in low-income countries. In informal economies," he said "people can't afford to stay at home.”

About half of South Africans live in poverty, and about a third are unemployed.

According to a study by South Africa's Coronavirus Rapid Mobile Survey (CRAM) some three million have lost their jobs since the lockdown began.