By Daniel BOSQUE with AFP bureaus 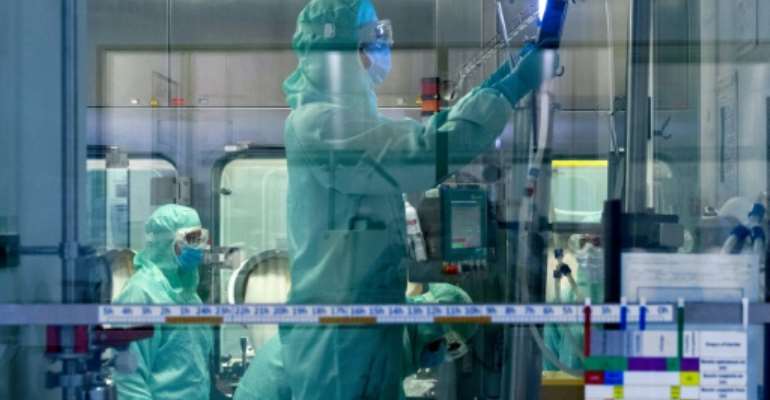 The virus has now killed more than 596,000 people and infected over 14,074,000 as it continues to surge across the globe despite months of unprecedented lockdowns to stop its spread. By JOEL SAGET (AFP)

Four million residents of Barcelona have been urged to stay at home as virus cases rise, while EU leaders wrangled for a second day in Brussels on Saturday, seeking to rescue Europe's economy from the ravages of the pandemic.

Spain's COVID-19 death toll of 28,400 is one of Europe's worst and the country has identified more than 150 new virus clusters across the country.

Barcelona, one of Europe's most visited cities, effectively went back into lockdown as EU leaders met in Brussels.

The regional government of Catalonia urged nearly four million residents of metropolitan Barcelona to stay home unless absolutely necessary, banning gatherings of over 10 people and shutting cinemas, theatres and nightclubs, after the number of new cases tripled in a week.

"It's a disaster," wails Maria Quintana, looking at her empty bar terrace by the Sagrada Familia in Spain's second city.

"We'd just started to see things coming back to life with the arrival of a few foreign tourists, so this is a step backwards," said Quintana, 35.

The virus has now killed more than 596,000 people and infected over 14,074,000 as it continues to surge across the globe despite months of unprecedented lockdowns to stop its spread.

A growing number of countries and cities have been forced into reimposing restrictions, with Barcelona only the latest example.

France, where masks will be compulsory in indoor public spaces from Monday, was watching coronavirus clusters in neighbouring Spain very closely, Prime Minister Jean Castex said, less than a month after the border between the two countries was reopened.

French authorities were particularly concerned about at the clusters popping up in Catalonia, one of the border regions. 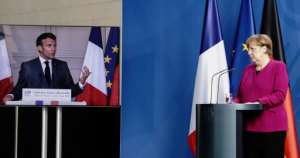 German Chancellor Angela Merkel and French President Emmanuel Macron are in Brussels to try and thrash out an EU coronavirus rescue package. By STEPHANIE LECOCQ (POOL/AFP)

"We are monitoring this very closely, here in particular, because it is a real issue that we also need to discuss with the Spanish authorities," Castex said in response to a question about the possible closure of borders.

India hit the million mark on Friday, the day after virus cases in Brazil topped two million -- although the World Health Organization said that Brazil's contagion has "plateaued" with the rate of infection stabilising after 77,000 deaths.

European Union leaders returned to the negotiating table on Saturday with fierce resistance from the Netherlands and its "frugal" friends dominating a second day of intense debate. 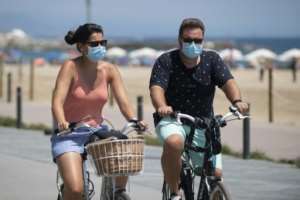 Barcelona is only the latest example of places reimposing restrictions. By Josep LAGO (AFP)

The ongoing virtual talks, hosted by Saudi Arabia, come as the surging pandemic continues to batter the global economy and campaigners warn of a looming debt crisis across poverty-wracked developing nations.

Addressing the impact of the virus on the world's poorest, United Nations Secretary General Antonio Guterres said it had revealed the "fragile skeleton" of societies and could push 100 million people into extreme poverty.

' Brought to our knees'

"We have been brought to our knees -- by a microscopic virus. The pandemic has demonstrated the fragility of our world," he said.

"Entire regions that were making progress on eradicating poverty and narrowing inequality have been set back years, in a matter of months," he warned at a virtual memorial lecture organised by the Johannesburg-based Nelson Mandela Foundation.

The United States marked a record number of coronavirus cases for the third consecutive day Friday, notching more than 77,600 new infections in 24 hours, according to a tally by Johns Hopkins University.

Lockdowns have been imposed on millions of people in India, where more than 600 are dying every day.

India's hotspots had previously been the megacities of Mumbai and New Delhi, but smaller cities and rural areas -- where 70 percent of Indians live -- have recently begun to raise the alarm.