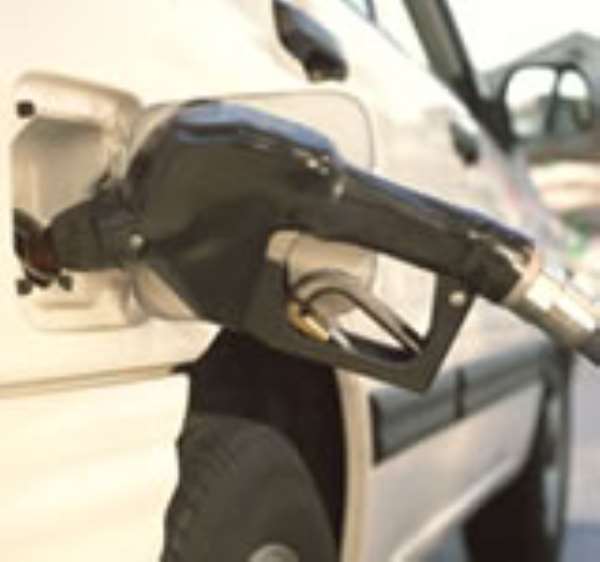 The Council of State has expressed concern about the increases in the prices of petroleum products. The council says if the trend continues as some forecasts predict, the financial burden would be difficult for Ghanaians to bear.

The Council's concern however coincides with the reduction in prices of petroleum products as announced by the Information and National Orientation Minister, Kwamena Bartels.

Mr. Bartels told a press conference in Accra that the move is aimed at cushioning Ghanaians from the harsh economic conditions.

Leading members of the ruling New Patriotic Party have in recent times been adding their voices to the call on Government to reduce taxes on petroleum products saying organizational work at the grassroots is becoming increasingly difficult because of the harsh economic conditions prevailing in the country.

Some of the leading members of the party, including national organizer, Lord Commey are reported to have been siding with a pressure group calling itself, the Committee for Joint Action, which has been organizing series of demonstrations against the fuel price increases.

Critics say the government's swift move to reduce the prices is in response to the cries from within the rank and file of the party.

The chairman of the Council of State, Prof. Daniel Adzei Bekoe, in an opening remark before the Council went into a closed-door meeting with President Kufuor at the Castle, said they are aware of the threat of dislocation to the economy and the complex financial burden that increased fuel costs imposes on Ghanaians.

He said the council is relieved that government has set up a committee to examine all possible ways of bringing relief, especially to the poor, without dislocating the economy.

Prof. Adjei-Bekoe said the Council is also worried about the poor sanitation in the cities and towns, especially the need for the city authorities to organise themselves to raise funds to vigorously and continuously face up to the challenges without appealing to the Central Government for injection of funds for occasional clean-up exercises.

"We have raised this particular issue of revenue collection with some of the relevant city authorities over the past four to five years.

“Unfortunately, we have not observed any significant attempts to move in this direction."

Prof. Bekoe also touched on traffic congestion and suggested that Ghana should try to apply some of the measures that were practised in other countries like the staggering of working hours, encouragement of car pools and the rehabilitation of the railway lines in parts of Accra and Kumasi.

On preparations towards the country's Golden Jubilee celebration, he said it was important to give the public as early as possible, an outline of the programme for the celebrations, the challenges involved and how those challenges would be met.

The Council commended the Government for the series of successes and significant achievements. He mentioned the start of operations of VALCO under the new partnership of the Government of Ghana and the American Company ALCOA and progress in planning and moving forward with the Integrated Aluminium Industry.

Professor Bekoe, however, noted that the Government's success story had not been told and asked that it should ensure that its public relations mechanisms were stimulated and galvanized to deal promptly with any uninformed criticism.

President Kufuor praised the Members of the Council for working practically on daily basis to help to move the country forward.

He said it should be reassuring to Ghanaians that their relations were functional.