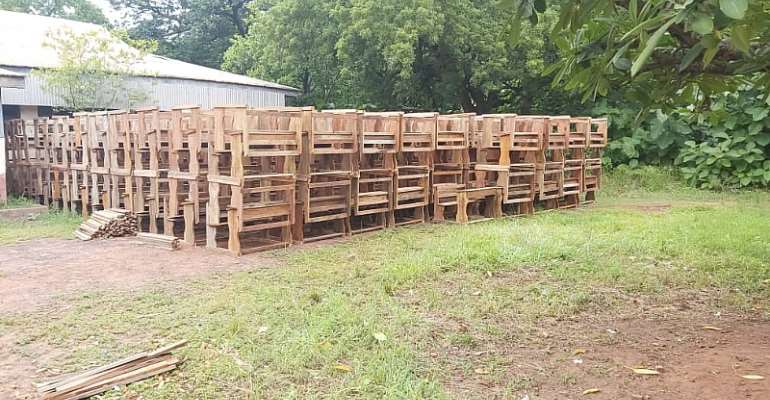 The minister who is also the Member of Parliament for Salaga South District made this donation today, July 17 at the East Gonja municipal office complex.

According to the minister, the desks are procured after he lobbied for them through the Northern Development Authority.

Hon. Salifu said the provision of the desks became necessary due to personal observations he made on how schools in the communities lack enough desks for their students to use.

“Obviously we are doing so much to address the numerous challenges in the education sector and it will be a serious omission if we don’t stock the numerous classroom blocks we are putting up with durable furniture. Even though several interventions have been made in this regard but we need to do more”; Hon. Salifu says.

Some of the beneficiary schools of this first batch of the desk are; Kpembe, Salaga, Talkpa, and Gyantuto schools.

A staff of the East Gonja Municipal Education directorate who received the desks on behalf of the Municipal Director thanked the minister for his kind gesture and also promised to get them distributed accordingly.

He further added that a lot has already been done, but always more of such kind gestures will be yearned for.