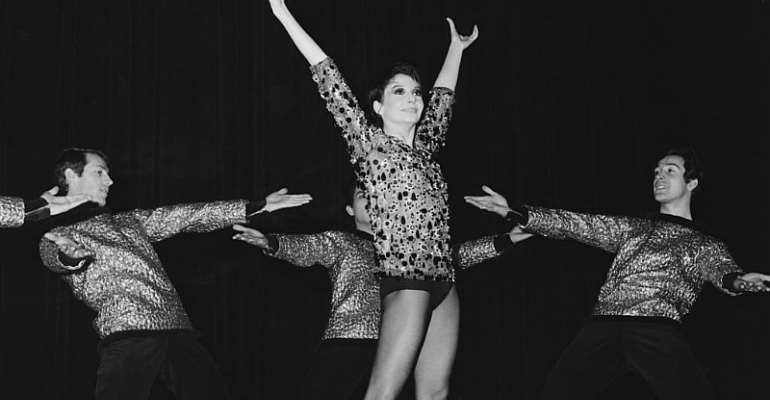 Famous French showgirl Zizi Jeanmaire has died in Switzerland at the age of 96. The dancer, renowned for her grace and glamour, leaves behind a legacy of performances in ballets, cabarets, musicals and film.

Jeanmaire peacefully passed away at her home in Tolechenaz, a town bordering Lake Geneva, her family told the AFP news agency.

She became known for her performance in Roland Petit's interpretation of Carmen in 1949, and her trademark short-cropped haircut, with the production causing a furore in Paris, London and New York.

Jeanmaire met Petit in 1933, aged nine years old when they were students at the Paris Opera Ballet. In 1954, they married and had a daughter.

She was born in the French capital in 1924, real name Renée Marcelle Jeanmaire, gaining the nickname Zizi supposedly through her childhood pronunciation of “Mon zizi” for “Mon Jesus”.

Jeanmaire made her way to Hollywood and starred in “Hans Christian Andersen”, in 1952 and "Anything Goes", in 1956, alongside Bing Crosby.

Perhaps her biggest triumph was a 1961 performance of "Mon Truc en Plumes" at the Paris Alhambra music hall. Her costume featured large pink ostrich feathers, an outfit that became legendary.

Yves Saint Laurent, who dressed her for 40 years, said that when she took to the stage, things would “take life, fire and flames," AFP reported.

A public ceremony is to be held in September in her memory.