Attacks On Jane Naana Opoku Agyemang Are Professional, Not Personal. 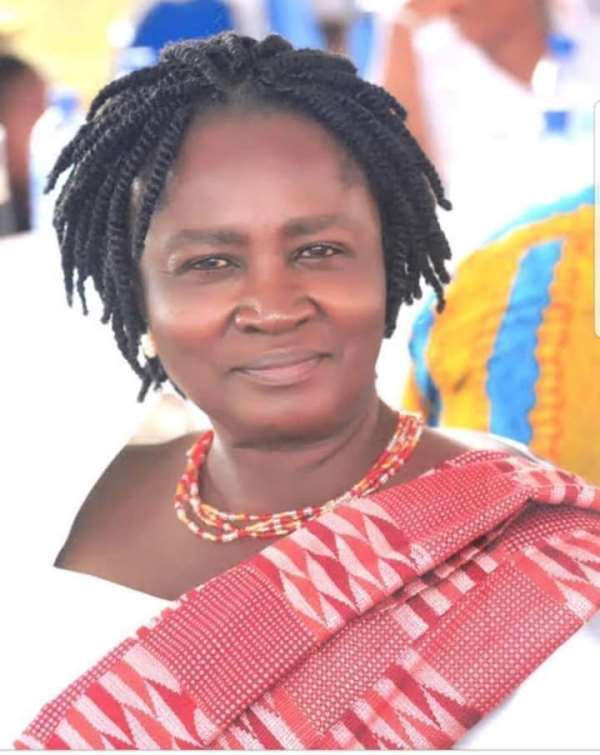 A member of the NPP Communication Team, Honorable Buabeng, has made statements about the public record of Prof. Jane Naana Opoku Agyemang. Others have offered further commentary about her tenure as well. The NDC communicators predictably have responded to the comments as attacks on her gender and not her record as former Minister of Education under erstwhile Mahama administration.

Friends, usually, I do not get in the middle of such emotively charged arguments. However, there are several aspects of the debate that require a fresh perspective. Propaganda can go both ways, to either smear someone, or to make a false defensive claim. The propaganda can be "a projection or defensive mechanism" of the first order. (There are other types of propaganda.)

I also reviewed the comments by the majority leader, Hon. Osei Kyei Mensah Bonsu, and did not identify any specific statements that refer to the gender of Professor Jane Naana Opoku Agyemang. Both commentators were careful, in my opinion, in sticking to the facts regarding her record as Minister of Education. For example, she is famous for "two months of salary payment for two years of work." Many teachers worked for nearly two years and received about two months' paycheque as salary for the entire period. The NDC is projecting such a leader as the best among their rank as vice-presidential candidate.

Let me continue. Prof Jane infamously was against teacher training allowances and wrote a memo to the cabinet to cancel the program. Another point made was the cancellation of the book and research allowances to teachers. She cut the funding for special schools for children with disabilities.

These stated facts are not attacks on her gender; they are just stating the facts of her record. The actions taken by Prof Jane hurt the teaching profession, which incidentally attracts a large number of young female Ghanaians.

Prof. Jane is against free education!

Friends, is Prof Jane, who we need to secure the future of Ghanaian youths, both male or female? Can NDC do better? Osei Mensah Bonsu suggested Hon. Hannah Tetteh. Is that suggestion also an attack on Prof. Jane's gender?

I want to share two perspectives on the nomination of Prof. Jane Naana Opoku Agyemang concerning the 2020 presidential election. I honestly believe the 2020 election is historically unique because both the presidential candidates have a "body of record." The election is not the usual incumbent versus a challenger, making a litany of promises to win votes.

In this election, the two major presidential candidates have served the nation, and we have a record of their achievements. We don't need to know their latest position on free education; we have a living memory of the candidates' multiple views on free education and the various commentaries both for and against the popular program.

We don't need to know the latest position on teacher and nursing trainee allowances; we have a living memory of their multiple positions both for and against the program.

We don't need to know their latest position on who deserves the credit for ending "Dumsor" that, too, we have a living memory who should get the credit.

Friends, I hope you agree that the election will NOT be about the running mates of the two major political parties, in spite of their impressive personal and professional achievements. I do not doubt the two running mates will contribute to the debate immensely.

I do not believe that Prof. Jane Naana Opoku Agyemang will make any difference in the outcome of the election for former President Mahama. Running mates are selected, among other factors, to help the candidate win and govern if successful. To win, one has to campaign to explain the vision and policies of the candidate. To campaign, one needs time. The former President has waited till five months before the election to select a running mate.

He has lost the most critical factor, "time," to introduce the running mate, let alone contribute to the debate or defend his record, uncharitably tagged by his many critics as "inefficient manager of the economy" or worse, "incompetent" and "corrupt." Respectfully, I question the wisdom of waiting so late to make the selection. I believe this selection will have served him better if he had announced his running mate a year ago rather than now.

As the incumbent President, His Excellency Nana Addo Dankwah Akufo-Addo, has indicated, we should focus on the issues rather than the propaganda and the gender of any specific individual. Let us make the election about us, our future, our progress, our health, our education, defeat COVID-19, build our infrastructure, and elevate the debate above one person, one party. Ghana is more important than one person, one political party, or one election. I'm so proud to be a Ghanaian. Let's hoist the flag of freedom and justice everywhere, and for the thirty million of us who call this land home. I will vote. You should do same.